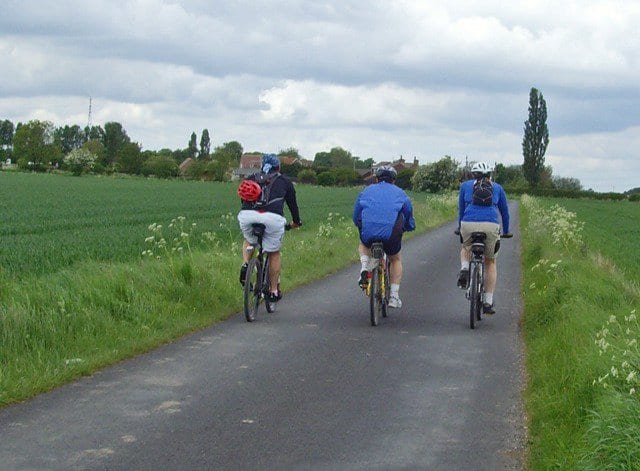 Peddling the idea of untouchable groups is dangerous in a free society.

The Late Late Show remains one of the most watched TV shows in Ireland. From its early days, it has sometimes caused outrage. The anger often came as a result of people being offended when the conservative values which plagued our island were challenged live on air.

Over the years, the show has become an institution and it has evolved. It has changed set many times, host twice, and the no swearing rule is now confined to the archives. Tut tut.

It is, in many ways, a different programme to when Gay Byrne asked the questions all those years ago.

Nowadays, people are used to seeing the types of things that would have at one time outraged the nation. In the past year, Ryan Tubridy has interviewed a transgender woman, a man with a bag over his head slating the Church and a comedian who joked that old people were clogging up hospitals.

An amateur historian who uncovered one of the Church’s darkest secrets received a rare standing ovation from the entire audience.

Despite a few complaints here and there from members of the public who need a new hobby, we have, in general, moved on.

That is, until Friday, when some high and mighty cyclists decided that they not only cannot take a joke, but they must not be joked about.

A bin was carried on stage, in which three guests were asked to figuratively dump their pet hates in a poor-man’s Room 101 type segment.

Maura Derrane said that cyclists who cycle four-abreast on country lanes, where there is no need to do so, cannot compete in terms of speed with cars and that they do it ‘to piss people off’. James Kavanagh agreed, comparing cyclists who do this to farm animals. Maura Derrane then distanced herself from the joke, telling Kavanagh to ‘whisht’.

The Dublin Cycling Campaign took issue with the comments and Ryan Tubridy’s handling of the issue, sending RTÉ the following complaint.

Of course, it is true that cyclists are often treated badly by impatient, arrogant drivers. Taxi drivers often complain about cyclists on ‘their’ roads, as if they built the roads with their bare hands using money from a fare. This arrogance exists, and Maura Derrane was probably off the mark commenting about arrogant cyclists, when it is in fact drivers of cars, lorries and buses who have the arrogance to claim the road to themselves. The bigger the vehicle – the more right they have to be there, they believe. As a country, we would benefit from more bikes and fewer cars.

Offence is taken, not given. The Dublin Cycling Campaign’s ridiculous comments, crying ‘casual cyclist hatred’, is laughable. Their horrible response to Derrane’s comments,  saying that “15 people died while cycling last year, many of them on the country roads which Maura Derrane seems not to have sufficient patience to drive on,” is shocking and disturbing. Each of these deaths is a tragedy, and everyone watching knows that Derrane was not referring to those who sadly lost their lives while cycling.

Following that logic, it would also be offensive to criticise any motorist or subgroup of motorist because of the other tragic deaths that occur on our roads. Cyclists are more vulnerable, but their vulnerability on the road does not excuse them from being discussed in the public sphere.

While cyclists may not have found anything said funny, especially the lighthearted reference to sheep and cows, the level of offence taken has been ridiculous and counter-productive.

Some motorists should be better informed and take more care on our shared roads. This can be achieved through nationwide campaigns.

It will be accomplished through educating motorists about cyclists. Trying to silence jokes, however offensive they may be to some hypersensitive people, is wasted energy as it does nothing to advance cyclists’ safety.

The Dublin Cycling Campaign has the right to be offended, but belittling “incitement to hatred” is genuinely offensive to those groups in our society who actually experience hatred on a daily basis.

Perhaps in trying to counter the perceived arrogance of the guests who shared stories of annoying cyclists, who have the right to criticise cyclists as much as motorists if we still value freedom of expression, they have exposed their own arrogance and belief that they are in fact the untouchable road users.