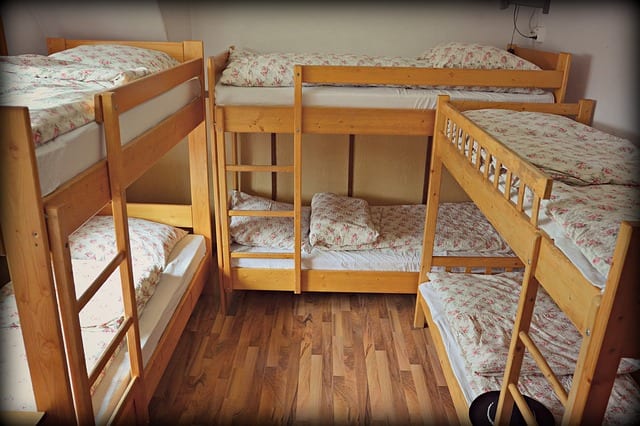 As the housing crisis worsens and another year passes with no more purpose-built affordable student housing, many students have been left without homes.

They are desperately searching for a place to stay before college courses start next week. Here are their stories.

International student Yahia Talal has been looking for a place for his younger sister since July.

“Last year I spent my first month moving around hostels in the city and I wouldn’t like that to happen to my younger sister or to anyone every single year,” he says.

Most of the rooms he’s seen advertised are five days only.

Yahia is also looking for a place for himself, but he says finding something for his sister is more important.

Her course starts on Monday and his starts on September 10.

“My sister is my priority at the moment…I’m more concerned about finding something for her, since she doesn’t know anyone in Galway,” he says.

Michelle Montague from Monaghan is also due to start her course on Monday.

She says “I haven’t had my phone out of my hand for 4 weeks since I got my offer and still can’t find anything!”

The 27-year-old can’t afford to drive down to look at places.

“It’s my first time moving out of home,” she says, “but I feel it’s just extra stress on people who are nervous enough about moving from a small town to a big city and don’t know anybody.”

Although there are options available online, managing to secure one in such a tough environment is near-impossible.

“A lot of people are still posting about rooms but they either don’t reply to you, the rooms are very expensive or it is a scam.

“You need to be one your phone constantly to try and get in there first and even at that you might not be lucky.

And with such high costs many people are taking advantage.

And many places are overpriced and sub-standard.

Says Michelle: “I was offered a room for 125 a week sharing a room with 2 others in a house with a total of 6 people.

“I said no as I need quiet to try and get work done.”

21-year-old Klaudia Broda from Mullingar has been working full-time for a year to save up for college.

But she might not be able to go this year after all.

“I don’t come from a very rich family, but my parents’ income is just above the requirements so I also don’t qualify for a grant,” she explains.

“Everything from fees to accommodation to food has to be funded by what I earn.

“I had to take a year out to save up but even that doesn’t seem to be enough with the cost of a room being an average of €400.”

Klaudia loves Galway but says that searching for accommodation has been extremely stressful.

After making around 30 enquiries so far, she has yet to even see a place.

“Often they don’t even get back to you or it can take them weeks to get back to me only to say they’re already booked,” she says.

“One lady got back to me saying that I’m too young, another man said that none of the times that I’m available work for him.

“Out of all the enquiries I got one answer where the lady said that she has other offers but she will get back to me if they back out.”

And if she doesn’t find a place by then, she will have to travel from Mullingar daily.

“If I don’t move to Galway, my commute will consist of two buses each at least 50 minutes long.”

But Michelle is determined to study in Galway no matter what.

“A girl I was talking to had to defer her offer until next year as she couldn’t afford accommodation or fees,” she says.

“This is my only chance to go to college…so I’m not going to give up and cancel my place.”