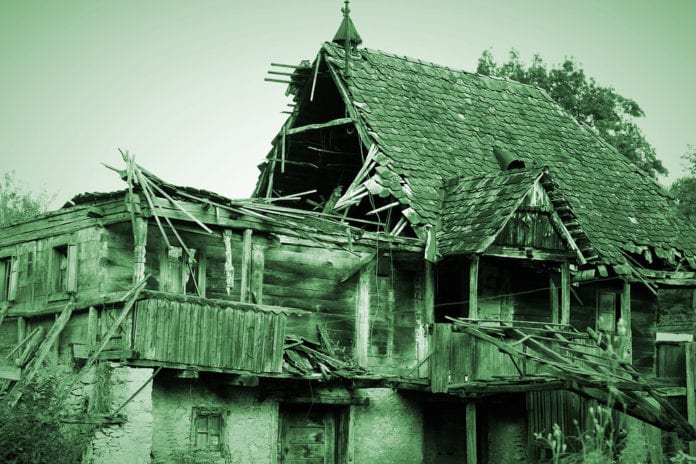 We all know it’s happening.

Evictions, repossessions, rent hikes, an explosion of homelessness, and no social housing – with a major project in Knocknacarra delayed for years and recently pushed back yet again.

One man has even been waiting on a housing list in Galway for 16 years.

With no social housing built in the city since 2009, his story is sadly the norm.

And more legislation is on its way, with a recent tenants’ rights bill in its second stage before the Dáil and another bill to protect student tenants in the works.

But in the meantime the city’s landlords seem to be getting away with murder – and the recent Cúirt na Coiribe rent hikes are just the tip of the iceberg.

Here are some of your stories.

NB: Names have been changed.

Myself and my daughter had been at our first place 12 years – she was born there, basically. That was her home.

Then [in 2014]…I got a letter from the letting agent saying that the woman who owned the house, that her son was going to live there.

So we had to move out. It was very traumatic because it was our home. She gave us maybe two months notice. We were out within a month anyway.

The only reason she was doing it was so she could put up the rent, I think. They painted the door, and a few things, but there were no big renovations.

Then the next place had all sorts of problems. The immersion didn’t work – we were without the immersion for five months, anyway. I complained about the fridge for over a year and ended up having to buy my own fridge. They were just shite to deal with.

They took €300 off the deposit for a stained carpet which cost €70, and supposedly the rest was for painting. They had never painted house in the three years I was living there, and I think they’re supposed to.

I had been on the housing waiting list since my daughter was born – for 15 years…the thing is, you’re constantly worrying about the rent, whether they’re going to put it up.

I was paying €900 at the last place, and when they put it back up on the market again, it was up to €1200. Legally they can’t put it up that much. Whoever’s renting there now could take it to the RTB.

So I was staying in a city centre apartment last year, a single room was €520 per 4 weeks which is ridiculous money for the stinky, mouldy and ant infested room – I later discovered the landlord painted over the mould after each new tenant.

The landlord would let himself into the house with his own keys and help himself to our fridge and fix himself cups of tea and coffee from our cupboards when collecting our rent.

As each room was individually let we could expect him over 4 times a month to show up and collect our money cash in hand and without rentbook.

As if this wasn’t bad enough he let himself into my room once…he called hello a few times then popped his key in the lock and turned the handle of my bedroom door. Was pure scary.

But because housing was short and I didn’t want to lug all my belongings across the city I put up with it for 9 months and then moved into a double room in the same apartment after my housemates got fed up with it.

This time the rent was €680 per 4 weeks – I might also add that the landlord didn’t inspect the room after the old tenants left, just asked them to hand in the keys.

That was grand as I was sharing with my boyfriend and the rent was split until the new academic year was to start and he told us he would HAVE to, almost as if he was obliged to, raise the rent to €750.

At this point I went to Threshold who I described my situation to and they told me that because I moved rooms, technically I was a tenant for less than 3 months, despite actually being there almost a year and that the landlord had found a loophole to increase the rent despite what little protection tenants actually have.

Not to mention that the previous tenant had cracked the toilet seat and he took €50 out of our deposit, if I knew he would do that I would’ve fixed it myself and saved myself €35.

In short, the apartment I moved into – where 2 foreign girls were sharing a double room – did not meet minimum requirements.

We had a lot of damp, mould and mildew, slugs getting in, rotten skirting boards, woodlice, and a washing machine that shot old dirty water into the sink in the kitchenette.

It was a small 2 bed apartment for €1200 per month, and the landlady was coming and collecting every 4 weeks in spite of our contract.

Eventually we found out that the previous renters had been paying €750 per calendar month [a 62.5% increase instead of the allowed 4%].

At the end of the March we handed her in our notice as I had been getting rashes from the damp (allergic reaction) and one of my housemates, her asmtha was causing her problems – and it hadn’t for over a decade.

The landlady guilt tripped us for handing in our notice. And then we let her know about the rent caps and that we wouldn’t be paying any more rent, and we’d need rent refunded as well as our deposit back at the end of the next month.

Then the day before we were moving out, she brought an auctioneer to the apartment – whom she told we hadn’t paid rent!

We were flabbergasted as we had come to an agreement [after threatening to take it up with the RTB]. So this scene ended as the auctioneer tried to get us to cough up 1200, with me raising my voice saying the conversation was over.

It’s not worth the hassle. I’m personally never planning on renting in Ireland again.

[Cassiopeia plans on emigrating to France and then possibly Canada.]

My old landlord had at least two houses she was renting to students. She got €1800 from my house (5 people) and another €1800 from my neighbours (7 people) a month.

This was all taken in cash. The house wasn’t in the best shape and the satellite dish actually rusted off the wall while we were there.

My room was a converted attic and it was freezing, you could feel the wind coming through the wardrobe when the doors were open.

I paid €400 a month as it was an ensuite. We all left in May and she refuses to give us references because she says the bin men didn’t collect the bins and that attracted cats.

I got sick a lot because of the cold and my roommates and I all agreed we wouldn’t go back next year. One of my housemates was going to maybe stay a few weeks longer but she just left when we did because the landlord was being awkward.

I’m a student at the college and I have no house for September yet – I’m still hunting.

I’m in the midst of taking my ex-landlady through the RTB adjudication process for flouting conditions pertaining to a notice to vacate property after having been her tenant for close to 6 years. I’ve sought legal advice for the hearing.

We were told the daughter wanted to move in. That was the basis of the notice [which] was signed and delivered to us.

This however was a blatant untruth since it’s obvious as per how events unfolded that this was never the intention. The house is now rented out at a rent €500 more than what we were paying during our tenancy.

Do these stories sound familiar? Galway tenants should be aware that Galway has been designated a Rent Pressure Zone as of January 2017, which caps yearly rent increases at 4%.

If you or anyone you know has experienced poor conditions or unfair treatment at the hands of your landlord, talk to RTB. And send us your stories at events@www.galwaydaily.com!