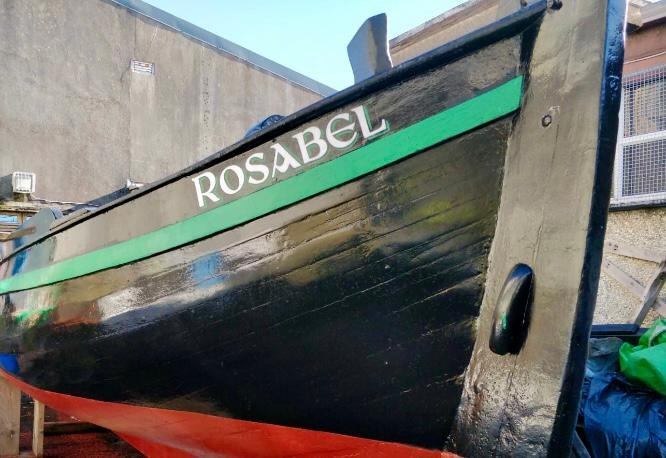 One of the famed Galway Hookers, restored to pristine condition, is to be named next week in honour of the inspiring charity Rosabel’s Rooms.

The boat has been lovingly restored by Bádórí an Cladaigh, the Claddagh Boatmen and will be launched in the canal waters opposite Monroe’s Tavern.

The event will be accompanied by a short performance from renowned trad musician Sharon Shannon, and a light projection by Sound To Light.

Suzanne McClean, founder of Rosabel’s Rooms said “We are beyond proud and so very moved that our beautiful, sweet girl Rosabel is being honoured and remembered in this way, thanks to Peter Connolly and his friends at Badoirí an Cladaigh.”

Rosabel’s Rooms is a charity established by Suzanne McClean and Gary Monroe, in memory of their beloved daughter Rosabel who died suddenly and unexpectedly in April 2017 when she was just 16 months old.

The rooms that they provide in hospitals are family- focused bereavement suites, designed in collaboration with the design and Dignity project at the Irish Hospice Foundation.

The boat itself, a cleoiteog beag, was the first boat acquired by Bádórí an Cladaigh in 2008 and has been carefully restored to it’s original beauty.

The launch will take place next Monday, October 18 at 6:30pm, after which the boat will take its place on the water to become a shining light for future events in Galway’s West End.