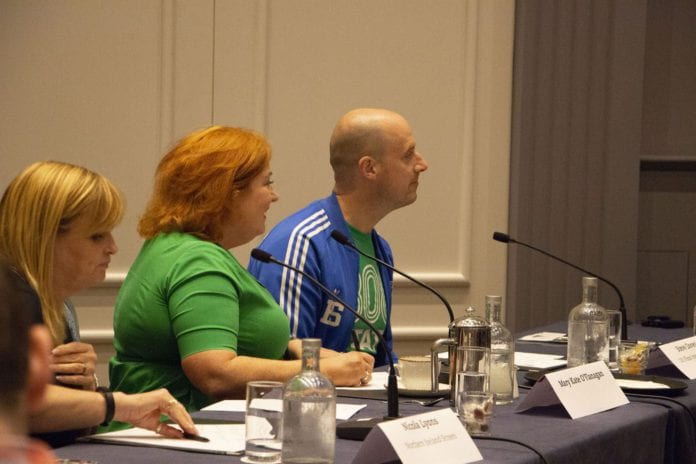 Since it’s inception in 2005, The Galway Film Fleadh Pitching Competition has said that the backbone of anything you see on screen is solid writing, and has worked to give new writers a foot in the door.

Entries are now open for any budding writers who want to pitch their screen project for the 2019 Galway Film Fleadh.

All that is required for entry is a 500 word written treatment pitching the idea from beginning to end.

The finalists will then be chosen to deliver a 90 second ‘Elevator Pitch’ to an audience and a panel of judges on the final day of the Film Fleadh.

The winner will be announced at the Awards Ceremony that evening and will receive a cash prize of €3000.

There’s a lot of benefits to taking part in this competition. On top of the prize money for one lucky winner and getting to practice pitching to industry professionals past entrants have said it has been a great way to get introduced to producers, find a mentor, or get work optioned.

Whoever wins the grand prize will also have an amazing opportunity to expand into a full feature film script, as was the case with Will Collins and My Brothers.

Three years after Collins won the Pitching Competition in 2010 the completed My Brothers opened the Galway Film Fleadh, and Collins himself went on to write the Oscar® nominated Song of the Sea and the hotly anticipated Wolfwalkers.

For further information or to submit a pitch, visit www.galwayfilmfleadh.com.