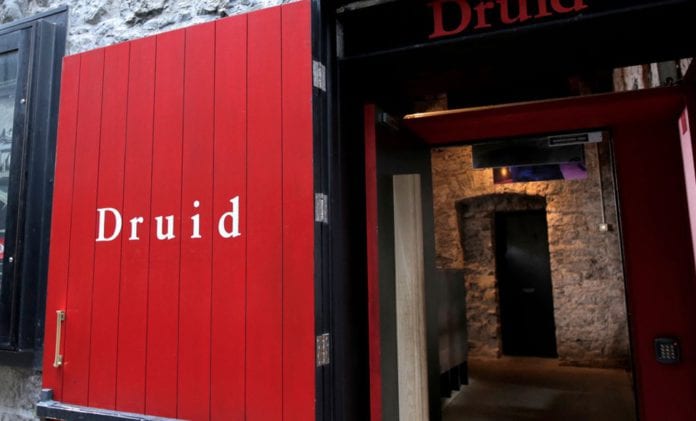 Galway’s Druid Theatre has said that it is devoting this year solely to the production of new plays with the announcement of its 2019 programme.

This year Druid Theatre will be bringing two new productions to life for audiences at the Galway International Arts Festival and Dublin Theatre Festival, and three scripts which were sent into the theatre group will have stages readings at the Mick Lally Theatre.

Garry Hynes will direct the world premiere of Epiphany by Brian Watkins at the 2019 GIAF, premiering at the Town Hall Theatre this July in his debut collaboration with the Druid.

Epiphany is a tale of old anxieties and recollections that bubble up when a cheery host gathers a group of old friends to try and revive a holiday tradition and things go awry.

Before premiering in Galway it will preview at at the Pavilion Theatre in Dún Laoghaire on July 12 & 13.

Tickets for Epiphany are on sale now at www.giaf.ie.

Later this year the Druid will produce The Beacon, a new play by Nancy Harris in a co-production with the Gate Theatre for Dublin Theatre Festival.

The Beacon will premiere at the Town Hall Theatre from September 20-28 before heading to The Gate for a run from October 2-26.

Druid have also announced that during the run, Stage Left, an exhibition of Epiphany rehearsal sketches by Brian Bourke will be on display at the Town Hall Theatre.

“The literary text has been and always will be paramount for Druid, from John Millington Synge to Tom Murphy to Sonya Kelly. The origin of everything lies with the writer” says Artistic Director, Garry Hynes.

“We develop new work in many different ways, and we are delighted with the strength of the new work coming through over the past few years. This has allowed us to commit ourselves to doing all new plays this year.”

On top of those major premieres Druid Debuts will stage readings of three chosen scripts out of over 200 scripts received during the New Writing submission window in 2018.

Three selected plays will be presented as Druid Debuts in the Mick Lally Theatre on Druid Lane as part of GIAF.

Caoimhe, Carl, and the Great Tapir in the Sky by Sionnán Ní Nualláin will be staged on July 19 at 3pm.

And Shin-Aid by Eamann Breen and Narcissus by William Dunleavy will show on July 26 from 3pm.

Submissions for the 2019 New Writing programme are now be accepted and the window will remain open until September 30.

Alongside the main programme of activities the Druid has said it is committed to continuing artist development through FUEL artist residencies and the Marie Mullen Bursary for female artists.