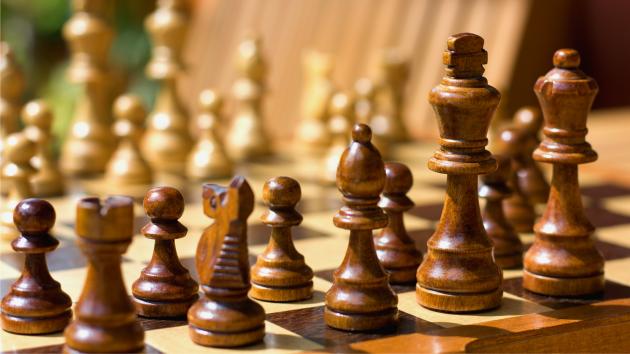 It’s not the biggest secret in Galway but in case anyone reading this didn’t know, my sport (and it is a sport before anyone is brave enough to get me started) is chess.

Since my cousin Conor got a board in Christmas 1984 and as we were a similar age, sure I had to get one too.  God bless my mother but I nagged her for a month but she’ll probably acknowledge it was a good investment.  And since the beginning of 1985, it’s been my game.

I played some tournaments at underage but the opportunities weren’t really there though I did play in the Community Games and the All-Ireland under 16 championship in 1994.  But my chess world was spun on its head in February 2002.

Seven children formed a team in Creagh National School and wanted someone to give them pointers.  One mother, Geraldine Deane, asked Carmel Greally if she knew anyone and Carmel recommended me.  One hour to take a session.  Of course, I was never going to turn that down.

It’s my 4 year anniversary since I quit smoking cigarettes. 😊 🎊🎊

I remember the players as clear as day – Tony Deane, Kenneth Dillon, Ross McCarthy, Jake Mulvaney, Conor Johnston, David Finnegan and Jonathan Brookes.  I met them in Tony’s house and said play for about 20 minutes and I’d stay quiet and watch them.  I think I kept my trap shut for 20 seconds.

After the hour was up, they asked me would I be interested in managing them for the upcoming Community Games county championships.  They had their captain, team of five and two subs.  They probably should have asked me to coach instead.  But they wanted a manager.  My terms were simple.

“Ye are a panel of seven.  I’ll pick the captain and the team.”  They actually hesitated for a couple of seconds before agreeing.  I think I only made one change from the starting side.

We reached the county final even though our aim was to win just one match.  It gave us a major lift and the following September, we had a fully functioning club operating from the Emerald Ballroom.  In 2003, we got all the way to Mosney.

The club is now coming near the end of its 17th season and has gone from strength to strength.  John McKenna led us to nine All-Irelands in Community Games, we’ve had players represent our country and compete in internationals.  And we have adult and underage teams in leagues in Connacht and Leinster.

Coaches like Ron Cummins, Tommy and Johnny Dunne have done massive work with the children.  Players like John, Kenneth Higgins, George O’Brien have rediscovered their love for the game.  And Christy Archer has supported us and we are honoured to have him as our club President.

But why am I telling you this?  Well, some of you know already but probably the biggest day in our club’s history occurred last Sunday when our adult team finished third in the National Club Championships and qualified for the European Championships in Greece in October!  Yes, Ballinasloe have reached the chess version of the Champions League!

I knew we were playing in the competition but realistically, a mid table finish would have been an exceptional achievement.  But the dedication, commitment, hard work and desire should never be underestimated.  And we have players who really love their game.

I did start the club.  It felt strange when I saw a team picture after our first All-Ireland in 2007 and the caption described me as such when I was only 29.  I have an Appreciation Medal from Community Games in 2003.  And I am humbled to have received that.

But the thing I’m most proud of, or my greatest accomplishment I’d feel, is that the club is not about me anymore.  It’s an organisation that stands on its own feet and has multiple volunteers, officials, parents and players representing us.

We’ve had them come from Athlone, Kilbeggan, Shannonbridge, Ferbane, Taughmaconnell, Athenry and Tuam.  It’s a minority sport that has built a healthy base that would rival some of the established sports.  We currently have an active playing list of 90 players and that’s not counting non-players.

Of course, John, Ron and others like Brendan Buckley leading the work spreading the gospel around the county.  I’m happy focusing on our Wednesday nights now and training new players.  Could they be the next Aoife Castle who was crowned Ireland under 16 girls champion recently?

But for the next few months, our thoughts will be about Greece and sending our squad of players there.  I can’t say I’ll be heading over just yet but certainly won’t rule it out in a non-playing capacity.  But I’ve no doubt the town, and county, will be behind our team and hopefully we do them proud.

One player on the squad is Conor Barrett and I left him until near the end for a reason.  Conor has come through the system starting at the club when he was eight years old.  Won national titles at Community Games and represented Ireland.  He was also our youngest ever senior club champion in 2012 at just 16.

He is a talented rugby and footballer and still competes.  But his love for chess has never dropped and he is the current Irish Chess Union Connacht Development Officer.  Seeing people like Conor giving back is one of the reasons why volunteers should give time to at least one activity every week.

If everyone did that, more children would have more opportunities to do the games or activities they like.  And they’ll pass on those experiences to the generations that follow us.

What has this got to do with smoking?  Nothing really.  I haven’t smoked this week even though I get the odd craving.  And I won’t smoke next week or the week after.  But when something like what our lads achieved in the Hodson Bay Hotel happens, why would I want to me thinking of smoking?