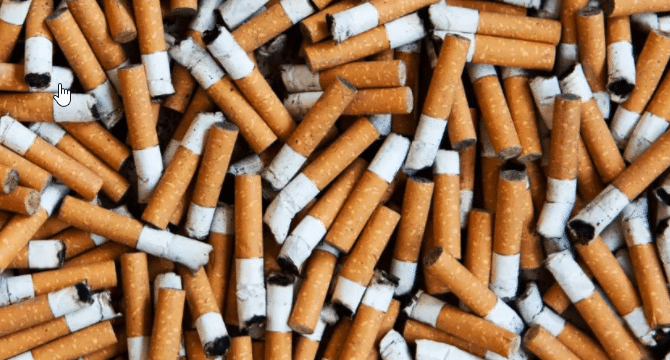 Ninety-eight days ago, I started writing this diary not knowing where it was going to end up.  I decided to share this experience with you as motivation for me but there was always a small part that doubted I would achieve this.

I heard before from someone, or somewhere (this is great journalism sourcing 🙂) that you can make nearly any change in your life inside a two-month period.  Some would argue three weeks, others would say longer.  But changes can be made if one has the patience.

But, and I don’t mean this to sound bad because I would not have achieved this without you (and we have plenty of diary entries to back this point up), I’m looking forward to writing next Tuesday’s final entry and signing off knowing that I am officially an ex-smoker.

I genuinely couldn’t imagine smoking now even if I’ve had some testing days where a shop counter has looked tempting.  And there will be more, let’s not kid ourselves.  But I don’t smoke anymore.  I don’t even say I quit.  I just don’t!  It’s that simple!

I’m looking out my office window and the glorious sun and I really felt it today when I went for a run (Yes, I finally started doing that thing I said I’d do 11 weeks ago even if much later than originally planned 😀).  And I nearly fainted.  Darren realises again that he needs to be drinking more water.

It capped off a fantastic weekend weather wise and it’s given me a lift like a summer should do.  We didn’t think on February 20th that we’d talk about two snow spells and All-Ireland finals being cancelled twice.  Now, every week is about looking forward to the next game.

I am going to miss writing the diary but I will save my complete final goodbyes for next Tuesday (5th June).  That will be the 50th entry after 40 daily and 10 weekly.

What have I learned?  I’m not sure to be honest but I know I’d be much richer than I am now if I hadn’t started sampling Hamlet Cigars back in 1999.  The sad fact about me is I was nearly 21 when I started properly after being such an anti-smoker.

But I have learned that looking back at life with regrets or wishing you could change the future is a pointless exercise.  One cannot change the past and refusing to let go will only hold you back!

I got that from watching ‘Revenge of the Sith’ with Kate this week 😀.  Not the quote but the idea.  Yoda saying to Anakin something like training yourself to let go of what you fear to lose.

It’s my anniversary! 4 years ago today I quit smoking cigarettes! After over 20 years I kicked the habit. It’s not too late to stop! #KickTheHabit

I smoked!  I lectured beforehand and then I polluted myself afterwards.  But am I going to beat myself up about it anymore?  No!  It made me who I am and while I will not glorify the habit, a conversation in a smoking area laid the seeds for my relationship with Sinead today that I wouldn’t trade for anything.

It’s what I do from here on in that matters and that is the way I intend to approach life.  We’ve discussed extending the column (not the quitting smoking part) but the diary.  That could be fun because I have used this page to give my opinions on certain matters.

But for now, I’m going to enjoy the sun.  It’s being a long day working and time to see some more Vitamin D.  I hope you have a great Bank Holiday Weekend whatever you have planned.  I’ll make some use of it yet and we’ll dance together one last time next Tuesday.