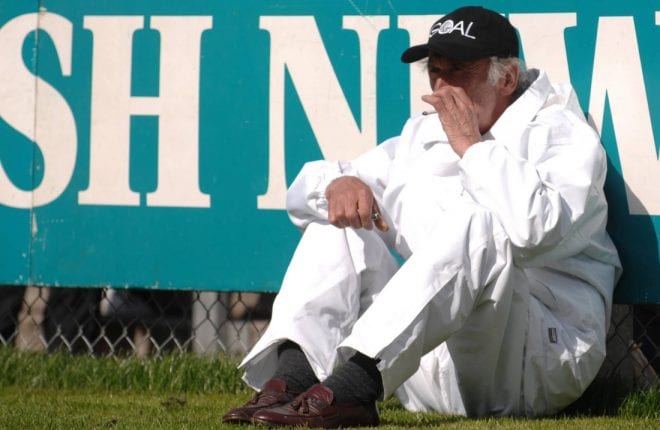 It’s a dry evening, the sun is staying out late and even though it’s cold, it means there is plenty of midweek activities to keep us entertained as the ‘Irish summer’ is here in full force.

I say that deliberately as anyone who has lived on this island for more than four years will know the seasonal mixes that mother nature drops on our country can change radically even over the course of 24 hours.

I’m not complaining.  I’ve learned to live with it and we are lucky that we don’t get extreme blasts of cold or hot weather.  While the ‘Beast from the East’ was something new and difficult for us in March, it isn’t the norm, more an ‘exception to the rule’ as my good friend Kevin Broderick would say.

It was a fantastic evening at the Community Games Athletics finals in Duggan Park.  If anything, it felt like a night that went too well.  A wonderful group of volunteers all working in sync and we were finished proceedings with the sun still out.  A record for our evening attempts.

Enjoyed a few pints in the Dunlo Tavern afterwards but made the cardinal sin of going out without putting some food in my belly.  When you’re buzzing, it’s so easy to forget the little things like lining the stomach.  Lesson learned again until the next time.  My bathroom made sure I don’t forget in a hurry.

But I didn’t smoke!  Was very tempted I must say but that can happen when out and about.  And we went to a cousin of Sinead’s for a communion on Saturday which was a nice way to spend the day before sitting down and again trying to make some sense out of the Eurovision.

(I was going to write some witty paragraphs about what a circus the event is, what do we have to do to compete, and how did a chicken dance score so well with the jury votes.  But I’m not!  The Eurovision is what it is.  I’ll question my reasoning for watching it every year.  It won’t change.  But Ryan O’Shaughnessy and his dancers performed very well).

We’re up and running in the championship and delighted for Galway to take two wins in the hurling and football.  Five goals against Offaly was a great start for the hurlers and we’re all looking forward to Kilkenny’s historic visit to Pearse Stadium in two weeks.

It was an important result for Galway as it makes the ‘Super Eights’ a strong probability now.  We can’t count our chickens and should we get over Sligo, Roscommon will be just as motivated to repeat the hammering they dished out in last year’s Connacht Final.

But if we don’t win the provincial title, we’ve only to negotiate one hurdle (providing we don’t slip up against Sligo) and we’ll be in this new round-robin format.  Mayo have to come through four games not knowing what could block their path from Munster.

I don’t blame Galway or Mayo, Kevin Walsh or Stephen Rochford, for the dour contest produced in Castlebar.  Their job is to win and if the GAA (the whole community, not just the hierarchy in Croke Park) don’t start looking at the mess Gaelic (can we still call it football?) has become, people will switch off.

today marks one month without smoking cigarettes, and no urge at all to have one!! ever since i was 15 i smoked an absurd amount and i never thought it was something i could actually quit. so happy and proud of myself! woo hoo! #smokingislame

There’s already supporters complaining about the lack of football matches live on television this year.  Well, RTE and Sky Sports want to give their viewers entertainment.  And while I’m glad my county won, I was not entertained.

A simple rule – if you receive a hand pass, you have to kick it next time – would change a lot.  Also, repeated yellow cards should merit suspension.  And its called football so why are teams still allowed to fist the ball over the bar.

But this rant won’t change anything and I’ll still watch the Galway games.  It just made me respect chess that little bit more.