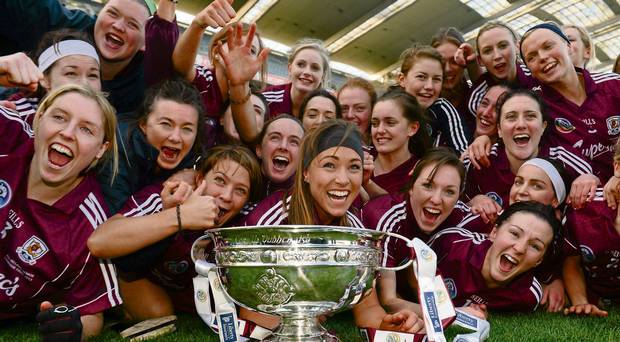 It has been an interesting day, enlightening maybe, but certainly one that makes you take stock ahead of the summer.  I cover Ladies GAA as my primary job.  Yesterday, still in March, the Galway senior camogie manager resigned!

Now when I started writing this diary, I said I’d be honest and I don’t intend changing now.  When I take the journalist hat off, it’s just damn frustrating!  We’re going to have a fifth manager in just over three years.

There were rumours flying around all week.  There was talk of players not being happy.  Talk of trainers not up to standard.  Talk that the board weren’t fully happy with him.  Nobody can be certain what the reason is.  Maybe he decided enough was enough himself.  But Tony O’Donovan is gone.

Before I decided to start writing on this subject, I needed to think for a moment.  Is it wise for me to stir the pot if you will?  Am I jeopardising future relationships?  Will it make my job awkward come the summer?  And then it hit me!

Last year, an ex-manager, someone on his behalf, or a club official, went to the Irish Examiner with a copy of an email sent out following his dismissal.  Yesterday, a statement was sent to the Connacht Tribune confirming today’s news.  And last Sunday, a club manager refused to do a post-match interview.

Now, in all three situations, those responsible are perfectly entitled to make those decisions.  And I’ve no issue with the club manager.  I have a great relationship with that person and understand why a post-match interview wasn’t appealing.

But nobody phoned me or emailed me with the statement that went to the Irish Examiner last year.  I didn’t get yesterday’s statement until I went looking for it.  And that’s three consecutive Galway managers I’ve found out were finished their posts through a third party.

I’ve also had to deal with some players trying to dodge pre and post-match interviews which can be infuriating.  Now that doesn’t happen too often and most of them, especially the older ones who’ve been there since I started covering the game in 2008, are brilliant.

But in recent years, I’ve started to feel like somebody somewhere thinks they are doing me a favour.  I only get paid for being at matches.  I don’t have to go to training sessions to get extra material!

I’m not interested in playing some blame game about whose fault this latest resignation is.  I look forward to the new appointment and wish the new manager and the squad the best of luck ahead of the summer.  And the talent is there to win the O’Duffy Cup.  I’ve been saying that every year!

But as an entity, Galway camogie now has to grow up!  Regardless whose fault this is, the pressure is now on to win the All-Ireland!  And dare I say it, what happens if we don’t?

And I might have to start asking myself questions?  Do I give up a Thursday night at home to go do prearranged interviews and then feel like I’ve to beg for some of them?  Do I turn down a club hurling game to make sure that a camogie match gets the coverage it deserves?

Am I going to bother with post-match interviews if I’m going to be kept waiting half an hour or told to ‘Go Away From Me Will You?’  Am I going to keep assisting in updating Facebook or should I just leave it and let them find a proper PRO?

I didn’t smoke today but by, I felt like one.  And I know I might ruffle some feathers with this piece.  Maybe I’m in the wrong.  But covering Galway camogie isn’t fun anymore and maybe after 10 years, I need to take a break.

I won’t this year as I want them to succeed and I hope we’re in Croke Park in September and that Sarah Dervan lifts the O’Duffy Cup over her head.  If any player deserves it, she does.

But I feel that if covering Galway camogie still feels like a chore at the end of the season, then maybe it’s time to put the microphone away, focus on something else and give someone else a go.  Would be a shame because I loved telling the story.