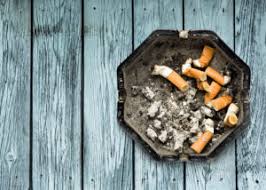 I promised myself when I decided to do this through the public domain that I wasn’t going to use this column for ranting, or being ‘ratty’ that was politely said to me today 🙂

I want this column to be a positive experience.  Yes, there will be tough days that I will share.  And yes, there will be days I’m in a mood and just want to unleash and will do so.  My hope for this piece is honesty.  Simple as that.  When it’s hard and when it’s just damn frustrating.

For the last 90 minutes, I’ve had a problem getting my broadband data loaded so I could get to work.  I’m with Vodafone and they are absolutely brilliant.  Phone wise, would recommend them to anyone.  But every now and then, the data load up hits obstacles which can be annoying.

Understandably, after quitting the fags has me on edge a little bit more.  It always gets sorted and any delays aren’t usually this long.  But Aoife, my contact, always find a solution even if she has been on the end of a rant by me once or twice.

It’s an interesting relationship we have all through the medium of twitter so I’m sure Sinead won’t mind.  Though I don’t think I’d get away with it if I ranted at her in a similar situation 🙂

The diary has been helpful so far as any pauses in thoughts have been about what to write and that has helped take my mind off smoking.  I hope it is coming across well but It’s definitely been a positive experience for me.  Now, it’s only Day 2 so we won’t get carried away.  But feeling it so far.

I had my first mild temptation last night when I went to Athenry to meet their camogie team ahead of Sunday week’s All-Ireland Intermediate Camogie Final.  I’ll chat about them in a moment but found myself in a situation before leaving that has easily broke me before.

My friend Dermot Flaherty arrived thinking it was the Galway team I was seeing.  Dermot is the official Video Recorder for the county and does a damn, good job.  I won’t go into advertising (you can check Dermot Flaherty Video on Facebook – like what I did there 😀) but he delivers outstanding content.

Now, Dermot is not a regular smoker.  A packet could last a week so when he said to me, where can we chat, I said the car was over there.  We are both in Wexford this Sunday and Croke Park the following Sunday.  So naturally, I assumed he wanted to discuss those.

No, he just wanted to get away from the team so he could have a quick smoke.  Casuals can go hours, days without touching one but when they have a craving, they want to nip it.  Works for some and that’s all good.  Regulars like me just convince ourselves we can.

My biggest problem is like drinking (which thankfully, I don’t do much anymore – that’s a column for another day), when I smoke one, I’ll want 10.  Didn’t really feel the desire to ask for one but a distraction was helpful and I remembered I’d chewing gum in the car.  The little things but they help.

If I’d conceded 90 minutes after the column went online, it would have been a sad cop-out.  As I said yesterday, anyone can go one day if they want.  I’ve had great support from many telling me the first day is the hardest.  but there will be other hard and challenging days and I look forward to taking them on.

But as I mentioned, was in Athenry to visit their camogie team and they’ll face Johnstownbridge on Sunday week.

I’ve seen enough All-Ireland finals to never put pressure on Galway teams but this is a talented bunch.  Young players like Dervla Higgins and Lorna Hannon have integrated with legends including Regina Glynn and Therese Maher.  Add Jessica Gill and Noreen Coen into the mix, they’ll never have a better chance.

Athenry dominated the domestic scene between 2006 and 2009 winning four county senior titles and missing out in two All-Ireland finals.  That’s why their relegation to the intermediate ranks in 2016 was such a shock in the county.

But they’ve regrouped!  Katharine Duane has done an amazing job.  Sport is littered with great clubs falling apart but greater clubs bounce back.  Athenry have proven their greatness already and finishing the job in Croke Park will be their best achievement yet.  I hope they do and honestly, I think they will!

So, day two is nearly complete and when you are reading this, I’ll be battling a potentially three-hour long chess match where my thoughts could go anywhere.  Look forward to telling you about that tomorrow.  But so far, so good.  Looking forward to saying the same again tomorrow.