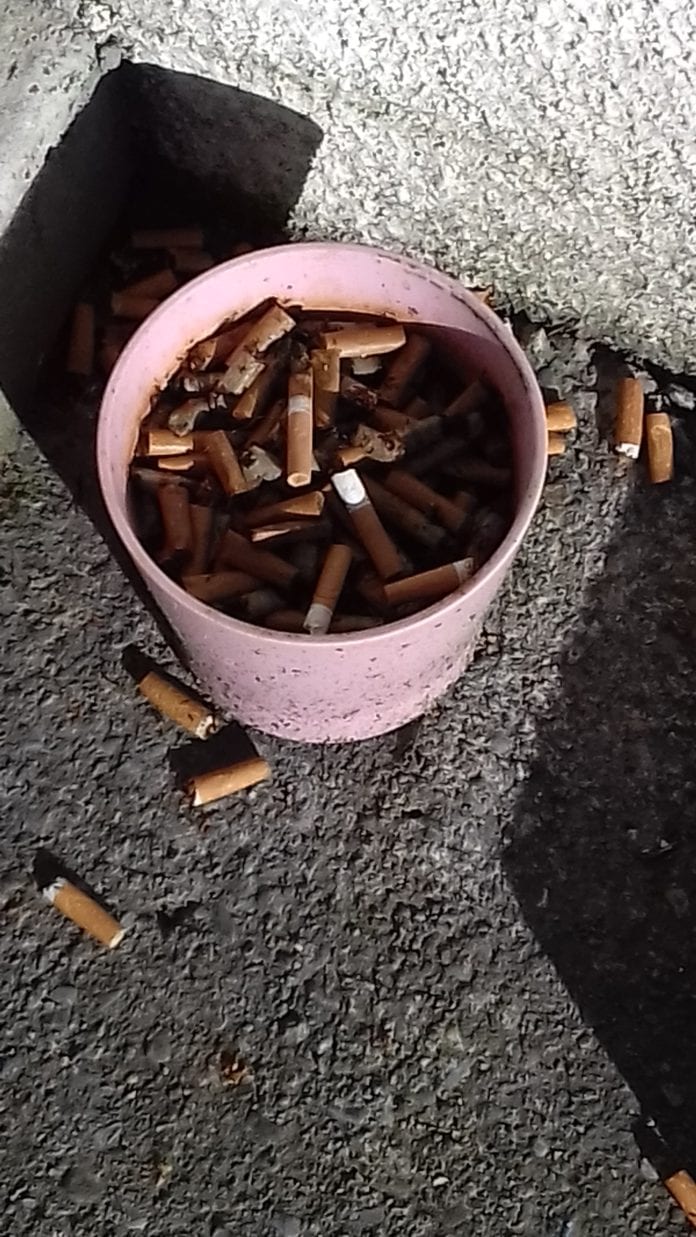 I’m starting to forget the days which I’ll take as a good sign.  I think I’ve had three different conversations with three different people today and told them a different day.  Soon enough, I’ll have to start saying weeks instead of days which just gives me a buzz.

It’s not always straight forward but busy days tend to have less cravings.  Even now as I write this, I know it’s going to be posted late.  I don’t like it when the diary is late but there are days where it’s near nigh impossible to squeeze it in on time.

This morning we nearly had a sleep in.  That’s what happens when five-year-olds take Mammy’s phone to play games.  But we were up in plenty of time and the school run was done on time.

Home for a quick shower and then I was off to Mullingar for the All-Ireland Schools Ladies Football Semi-Final.  It was a disappointing day for Presentation Tuam who came up short against Loreto College, Cavan.  But they are producing quality future Galway players and that augurs well for the future.

Back to Ballinasloe though did stop off in Athlone for a quick bite.  Then it was down to see Carmel Greally and get our Community Games Chess and Draughts teams registered for the County Finals.  Hard to believe it’s only two weeks away.  The seasons fly by rapidly.

Carmel and myself have been close friends for over 25 years and it was her who brought me to Mosney to work with National back in 1994.  I always like getting involved with voluntary events when I was younger and still do even if not as much as before.

I was so excited about going to Mosney that year only to go and break my leg playing soccer with my six-year-old cousin the previous July.  That’s the same cousin who’s getting married this coming July!  And I thought that was my double weekend plans spoiled.

But Carmel wasn’t going to let me miss out.  I was still brought the second weekend after I got the heavy cast removed.  Beforehand, I’d to cut holes in half my trousers in order to be able leave the house. LOL.  And I was given a job on the Presentation Stand in the main reception area.

Now, picture this.  You’re 16-years-old, you are on crutches and you’ve one of the cool jobs.  Throw in the fact that the venue was full of girls my own age, my crutches were gaining plenty of sympathy and there were three discos and you can see why I was determined to get to Mosney 🙂

The fact is Community Games was one of the greatest initiatives ever introduced to Ireland.  A mini-Olympics for our young people where they made lasting friendships and got to participate and create memories.

Not just do I recall the competitions, the discos, the arcades and the funfair including those karts with lawnmower engines.  I also remember as I got older the sing songs and the craic.  And what I’m most proud off – managing teams myself and giving a new generation their chance to enjoy the event.

Of course, Mosney is no longer the National Finals venue which is a crying shame as the one great thing about there was you could give children freedom to enjoy an environment like it was a camp yet also keep control of proceedings to ensure their safety was never compromised.

Athlone IT and now University of Limerick will provide facilities worthy of our country’s best athtletes.  But National Finals are now solely about winning medals.  In our time, getting to Mosney was your national title.  There’s times we forget why we take part in something as opposed to what we won.

Anyway, four Ballinasloe teams in chess and draughts along with indoor soccer, rugby and swimming will start their own journeys over the next few weeks.  And among our own club, at least nine of our 27 are taking part in these competitions for the first time ever.

After a cuppa with Carmel and catching up on all matter local, it was time for a full shop which for me is usually a monthly outing.  I fill a trolley and then make it last the next 30 days.  Met another friend Ross in there as well.  Time for another chat.  It has been a busy day.

Currently catching up on previews and about to enjoy Galway United’s game with UCD in the Airtricity League.  And then Dermot and myself are off to the Louth GAA Centre of Excellence tomorrow for an All-Ireland Schools Camogie Final.  It’s a four-day weekend of matches.  Going to be busy.

After having smoked a pack of cigarettes a day for most of my teenage and adult life, I quit smoking cold turkey and haven’t had a cigarette in 3 years. One of the hardest things I ever did but it showed me the sheer power of human willpower when someone is determined

Now there has been cravings today.  One very bad one but it only lasted about five minutes.  Week 3 is living up to expectations regarding difficulty.  But after Monday, it will be three weeks.  And I may have to start saying that rather than days from here on.  Staying strong and intend to remain so.