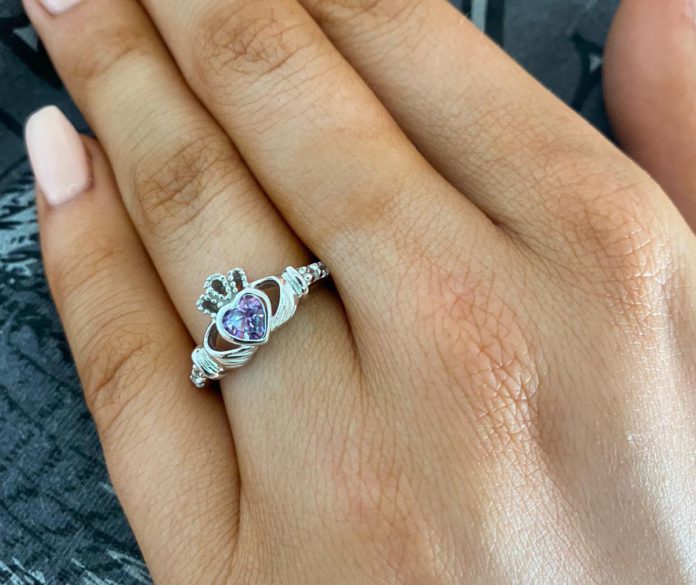 The Claddagh ring is one of the most iconic things ever to come out of Galway, a simple yet elegant piece of jewellery that is known the world over.

The symbolism of hands clasping a crowned heart between them is an elegant display of friendship, love, and loyalty that surpasses any simple local meaning or language barrier.

Particularly popular among the Irish diaspora that helped spread it to all the corners of the world, the Claddagh Ring, while popular at weddings, is not simply pigeonholed into one meaning of romantic love. They are used as gifts for many relationships, bonds between friends, or parent and child.

Callaghan Jewellers, who have been making Claddagh Rings as a cornerstone of their business in Buncrana for more than half a century, have seen this slice of Irish culture enjoy a surge of popularity in recent years.

Kate Callaghan, the third generation of her family in the business, says that the enduring popularity of the Claddagh Ring compared to other jewellery is that it has a connection to our culture and history that they lack, “It’s the sentiment of Ireland, it’s like a little piece of Ireland,” she explains.

One of the more recent additions Callaghans have made to their lineup of jewellery is the line of Claddagh Birthstone Rings, taking gemstones that are traditionally associated with a specific month of the year, and embedding them as the glittering heart of the ring. 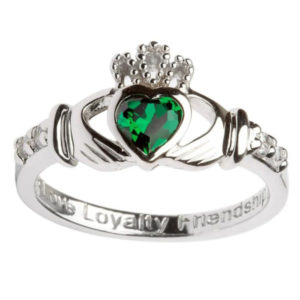 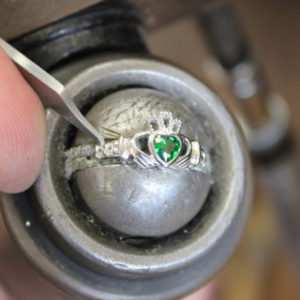 This is all about personalising your gift, Kate explains, as Claddagh rings are popular gifts for milestone birthdays that will stay with a person longer than another piece of jewellery, bought for its appearance alone, might do.

“It’s something that you’re always going to have, so when you get the birthstone added to it you’ll always remember the birthday when you got it.”

One of the great things about the birthstone range is that you read as much or as little as you like into the history of the stones themselves, which come packed with traditions and layered meanings from cultures around the world.

But for their part, Callaghan’s “try to keep it as simple as possible”, and focus on the already rich cultural message of the Claddagh Ring, which is so quintessentially Irish.

The most popular month stones, for people not buying a one that corresponds to a specific date, are the rings for April, with its glittering diamond set in silver, and the green emerald May ring. “Some people just like the colour of the Irish,” Kate explains. 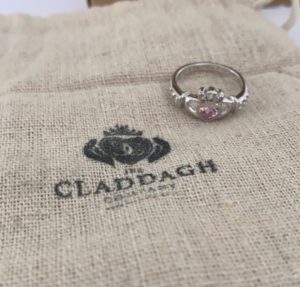 The history of the Claddagh Ring stretches back to the 18th century, in the fishing village which has long since become a part of Galway City, but retained that iconic name.

In the centuries since then they have been extremely popular with the Irish diaspora that stretches across America, the UK, and half the world. The clasped hands of friendship, and the crowned heart of love and loyalty calling to mind a taste of home.

But along with visiting tourists, notably fewer in the past year and a half, they have also enjoyed a resurgence in interest from people in Ireland, some of whom are looking for a somewhat trendier choice than the simple metal ring.

Today, the Claddagh Company sells a wide range of Claddagh jewellery, not just the ever popular rings, whether plain bands or jewelled, but also necklaces, bracelets, and earrings all based around the Claddagh motif, though rings remain the most popular choice. 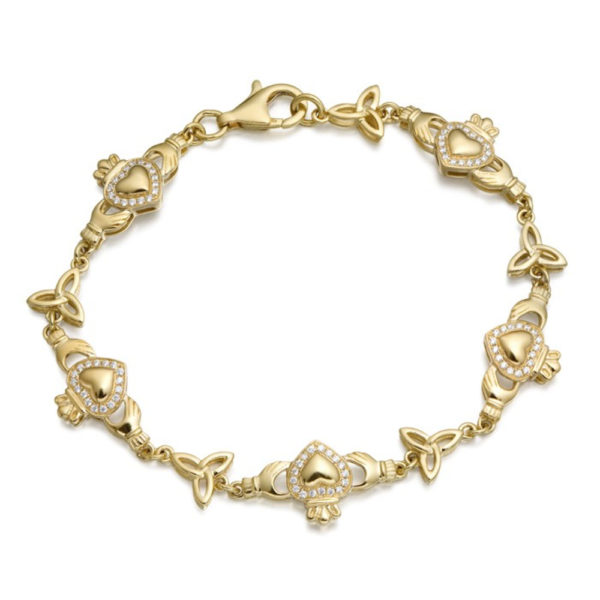 Jewellery has always been a business heavily associated with the brick and mortar store. Pouring over the gleaming, glittering prizes beneath glass casings in a quiet store.

But in just a few short years the business has undergone a massive shift towards online retail. This was true even before COVID-19 forced a “complete 360” in running a store Kate says.

“People didn’t think that retail was going to change as much, so fast,” Kate says of the shift towards online retail. Fortunately for them the Claddagh Company was already a strong online business before the pandemic, when stores’ websites became their sole source of income.

Maintaining a strong social media presence has also been essential during the lockdowns Kate says, as “viewings went through the roof because nobody was doing anything”.

Kate would know well about the changes in people’s taste in jewellery in recent years, and the more sweeping ways in which retail itself has shifted dramatically, having been active in the family business since she was ten years old. “I was working every Christmas and holidays and all the rest, and I loved it from the get go,” Kate says, laughing.

As for the future of the family business, and its love of Claddagh jewellery? She’s firm that, “We’re not going anywhere.”