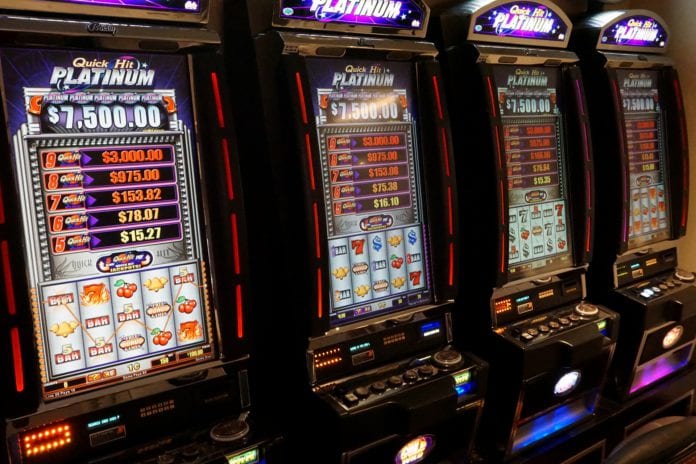 Branded slot machines have been part of the land-based casino market for decades, so it’s not surprising that these games have now found their way into the libraries of the major online casinos.

A branded slot machine is simply any game that has been licensed from a third-party; it could be a movie, it could be a band, or it could be a book. Everything is fair game in the world of casinos and licensing.

These games have always been popular with players – who wouldn’t want to play a game based on their favourite book, musician, or film?

On the bright side, not all branded slots have this issue; browse the slots library at 32Red best casino online and you will find dozens of games with recognizable brands attached to them without any obvious hit to the payout percentage.

Where branded slots do have a slightly lower RTP, there are many players who feel this is a price worth paying for the chance to spin their favourite machine.

Films have proven to be an obvious source of inspiration over the last few decades, inspiring countless toys, video games, and other consumer products.

Microgaming was one of the first developers to exploit this almost infinite source of new ideas but was quickly followed by other software houses such as NetEnt or Playtech.

On the downside, movie licences will often have a limited time period attached to them – there are many online slots which were available in the past but have been taken down in later years as the licensing deals which led to their creation have expired.

Examples of this include Microgaming’s “The Dark Knight”, a batman-themed slot machine, and the entirety of Playtech’s Marvel superhero-themed slot library.

If your favourite movie-based slot disappears from your regular online casino it may be worth doing a little research via Google – in many cases decommissioned games are replaced with new ones that have a fresh set of graphics and symbols but an identical paytable and payout structure. It’s worth a look!

Music has yet to prove as popular as the movies as far as online slot licensing deals are concerned, but it is far from inconceivable to imagine a time when bands and musicians will begin to put their name to these games en masse.

Things looked as if they were heading in that direction a few years ago when NetEnt published several Rock and Roll themed games including Motorhead, Guns N Roses, and Jimi Hendrix, but the musician-based genre of online slots has yet to see another similar burst of activity since then.

There have been countless Elvis-themed slots over the last decade for both land-based and online casinos.

When considered alongside NetEnt’s Jimi Hendrix game, this creates a fascinating situation – are musicians timeless? Could musicians and bands provide inspiration for slot developers many years – or even decades – after their death?

Bally certainly seems to think so with their recent production of two Michael Jackson-themed slot machines.

The modern era of streaming television has created a scenario where giants such as Amazon, Disney, and Netflix are able to invest far more into their television series than they ever could have done in the past.

Whilst doubt has been expressed recently over the long-term prospects for some streaming services, it seems likely that fixed-schedule television will continue to become less and less popular in the years to come. The only question is where will consumers choose to spend their money?

It can take just a single show to drive millions of new registrations to a television streaming service but keeping those new customers on board during the long term is the tricky part for these companies.

Streaming television companies are always going to be looking for as many ways as possible to promote their new shows, and online slot machines could prove far more effective than banner ads or other forms of widely hated online advertising.

We have already seen dozens of examples of great television-themed online slot machines such as the Game of Thrones and Battlestar Galactica games from Microgaming, but the enormous catalogues of previous content being held by many companies means there will be endless opportunities for new branding and licensing deals in the future.