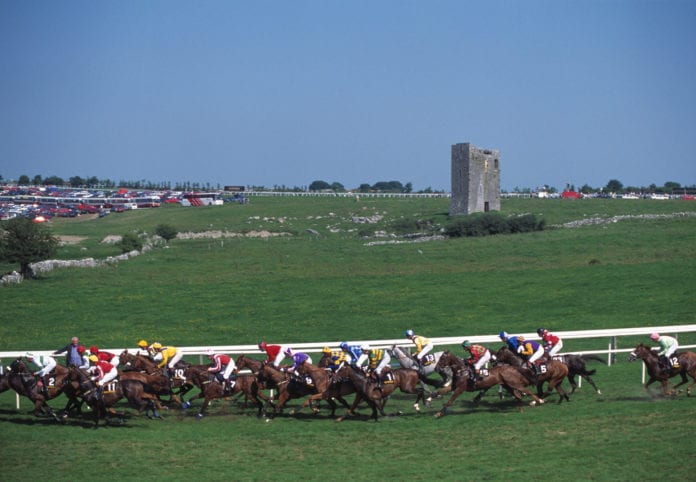 Of all the Galway Races during the week-long Festival at Ballybrit every summer, the Galway Plate is the most celebrated.

A Grade A steeplechase contested as a handicap over about two-and-three-quarter miles,there are now over 150 years of equine history attached to it.

In more recent times, some of the winners of this valuable and prestigious race in its own right have gone on to make up into top-class performers over fences.

What did these Galway Plate winners go on to achieve, and what does that tell us about the importance of this feature Festival event?

You would do well to find a major jumps race in Ireland that leading National Hunt owner JP McManus hasn’t won.

The John Kiely-trained Carlingford Lough became his third winner of the Galway Plate in four years, also leading home a 1-2-3 for the legendary gambler in the Ballybrit showpiece of 2013.

Still a novice and without a win in eight previous tries over fences, only the McManus money made bookies put him in as favourite.

Carlingford Lough progressed from the Galway Plate to later win five Grade 1 chases, including consecutive renewals of the Irish Gold Cup, as reported at www.theguardian.com/sport, and twice at the Punchestown Festival.

For one of Ireland’s more modest yards, these major successes show that big stables can be taken on if trainers like Kiely are given the right ammunition by owners. Carlingford Lough really did have a fantastic career.

His runaway 11-length success was decisive and indicated this horse was clearly better than handicap company.

During the winter that followed, Road To Riches landed back-to-back Grade 1 success in the Champion Chase at Down Royal and the old Lexus Chase at Leopardstown’s Christmas Festival.

Irish races like these form a key part of the coverage on https://www.betfair.com/sport/horse-racing of National Hunt racing.

Road To Riches went on to place third in the Gold Cups at Cheltenham and Punchestown.

He also came sixth in the 2018 Grand National at Aintree, won by Tiger Roll, and has enjoyed a new lease of life as a hunter chaser after being sold to David Maxwell.

Another Gigginstown horse, Balko Des Flos, enhanced their fine record in the Galway Plate with the second of three consecutive victories in the race for the owners in 2017.

Trained by Henry De Bromhead, this win topped a campaign that also had a Cheltenham Festival triumph over in the UK towards the tail end.

That company is run by Gigginstown’s Michael O’Leary, so he ended up winning his own prize money come Cheltenham.

What these three horses show is that winning Galway Plate can be a springboard to greater success.

All of them improved on what they did at Ballybrit during a time of year that falls outside the traditional National Hunt season.