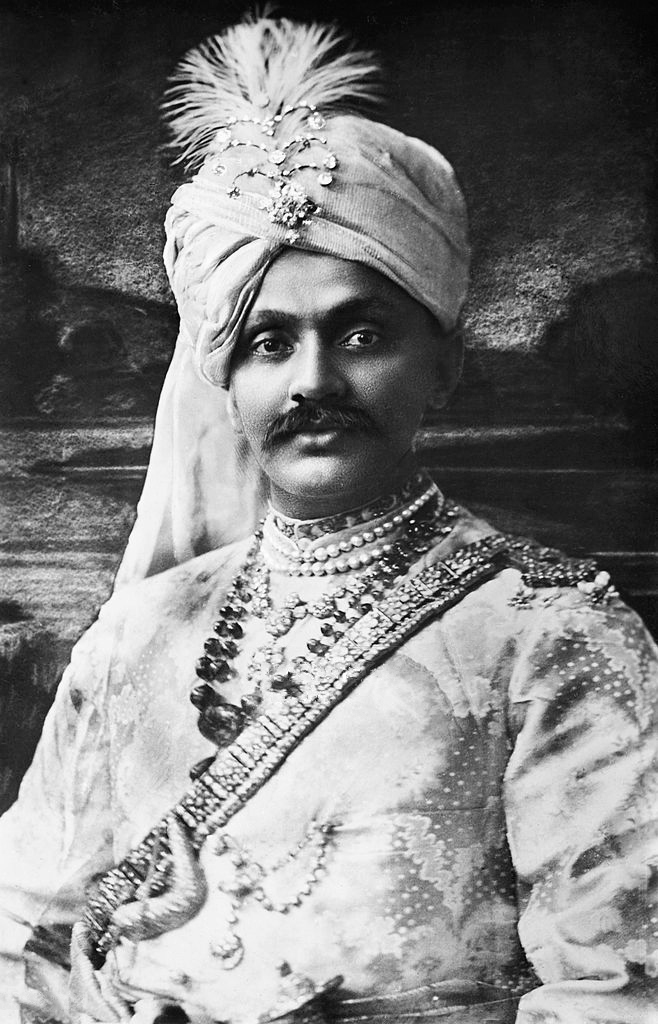 The Indian Cricket Prince and the Galway Castle

In 1924, Prince Ranjitsinhji, an Indian cricket legend took a trip to the Emerald Isle and formed a bond between India and Ireland that has managed to survive to this very day. The Maharajah of Nawanager was one of the best batsmen of his time and was the first Indian to play international cricket – he played 15 Test matches for England. He left such a mark on the cricketing world that the Ranji Trophy was named in his honour. However, India is not the place this cricket legend is remembered though as 10,000 miles away in Connemara, Galway, he also made a name for himself.

In 1924, Ranji became the first head of an Indian state to pay a visit to Ireland. During his time in the Emerald Isle, he took a visit to Ballynahinch Castle, which is located in Connemara, Galway. He fell in love with the castle, the beautiful landscape, the friendly people, and the fishing right away. So, he decided to buy the castle and become the Maharaja of Connemara.

He returned to Galway and his castle every summer for the next decade, right up until his untimely death from a heart attack in 1933. He became very popular among the locals and every summer he was greeted by his neighbours on the small station to welcome him back.

With his cricketing days behind him, Prince Ranji, as the locals called him, loved to spend his time fishing. Luckily for him, Ballynahinch just so happens to be one of Europe’s best salmon and trout fishing estates. He was loved so much by the locals that they even decided to name a special fishing spot after him – Ranji’s Rock.

Ranji might not have played cricket in Ireland, but we are sure that he would be proud of the current strength of cricket in his adopted country. Cricket might not be as popular as Gaelic football is in Ireland, but it certainly growing in popularity with each passing year. Just like in India, in order to commemorate his memory, an annual cricket tournament was set up and the trophy was named after him. This really helps to highlight the bond that exists between Ireland and India, and Indian cricket fans would have been delighted to see Ireland beat England at the 2011 Cricket World Cup in India thanks to a magnificent century from Kevin O’Brien.

The Ranji Trophy is a first-class domestic cricket competition that 38 teams from the 28 Indian states compete in. These same teams also compete in another great domestic cricket competition that is Syed Mushtaq Ali Trophy. The main difference between the two competitions is that the latter is a 20-over tournament. It is also named after a great Indian cricketer, who has the distinction of being the first Indian Test cricketer to score a century overseas.

The 2021 edition of this popular tournament started on the 10th of January and it has a special meaning this year as it is the first domestic cricket event to take place in India since the Covid-19 pandemic hit. Most Indians are dubbing this a miniature Indian Premier League as some regular IPL participants will be taking part in it. Additionally, as soon as the competition comes to an end, the 2021 IPL auction will be held, meaning all players will be trying their best in order to earn a lucrative IPL contract.

The stars of the cricketing world usually do not play in this event as they play a lot of cricket throughout the year, so they need to take a bit of a break. However, since cricket has been quite limited recently, they see this as a fantastic way to get a bit of practice before the IPL starts. So, who can you expect to see playing at this year’s Syed Mushtaq Ali Trophy?

We have listed the big names below for you:

Betting on This Competition

This will be a very entertaining tournament to watch and will help cricket fans across the world take their minds off the current pandemic situation for a bit. If you really enjoy cricket, then you will agree that there is not a lot better out there than sitting down with a warm mug of tea and watching the best players in the sport battle it out to be crowned champions.

However, there is a way that you can make things even more interesting and that is by placing some bets on the action. Obviously, in order to do this, you will need a good online cricket betting website that provides a variety of markets and strong odds for this tournament. A good bookie will give their customers the chance to bet on fun markets such as the best bowler, best batsman, Man of the Match, total runs scored, and so on.

Yuvraj Singh, who is known for smashing Stuart Broad for six consecutive sixes, has decided to put his retirement on hold in order to make an appearance in this year’s Syed Mushtaq Ali Trophy. Singh, who overcome lung cancer in 2013, retired from cricket in the summer of 2020, but he decided to come out of retirement and play for Punjab in this competition after he was approached by Puneet Bali, the secretary of the club. If he plays like the Yuvraj Singh of old, then we are definitely going to see some fireworks.

However, cricketing fans across the globe will be sad to hear that Singh’s former India teammate, MS Dhoni, has decided that he will give this tournament a miss. Therefore, Dhoni will be playing at the 2021 IPL with little to no match practice under his belt. However, despite this, we all know how talented his is and that he can still have a huge impact on any game that he plays in.

Sreesanth received a lifetime cricket ban back in 2013 when he decided to get involved in a bit of spot-fixing in the Indian Premier League. However, on appeal, this ban was later reduced to just 7 years, meaning that he was eligible to start playing again in September of 2020. When his ban came to an end, he was contacted by Kerala to see if he would like to join their squad and he jumped at the opportunity to play cricket again. He might not start every game due to the fact that he is 37 now, but when he does play, we are sure that he has enough left in him to cause opposition batsman quite a bit of grief.

While Dhoni decided that he was not going to play in the 2021 Syed Mushtaq Ali Trophy, Raina, who is a former teammate of Dhoni and retired from International cricket at the same time, has opted to take part in it. Raina, who did not play at the 2020 IPL due to personal reasons, left a tweet in December stating that he will be playing for Uttar Pradesh in the Syed Mushtaq Ali Trophy. He has been out of competitive cricket for over a year, but he has made sure to keep himself fit to make sure he can have a good 2021 domestic season.