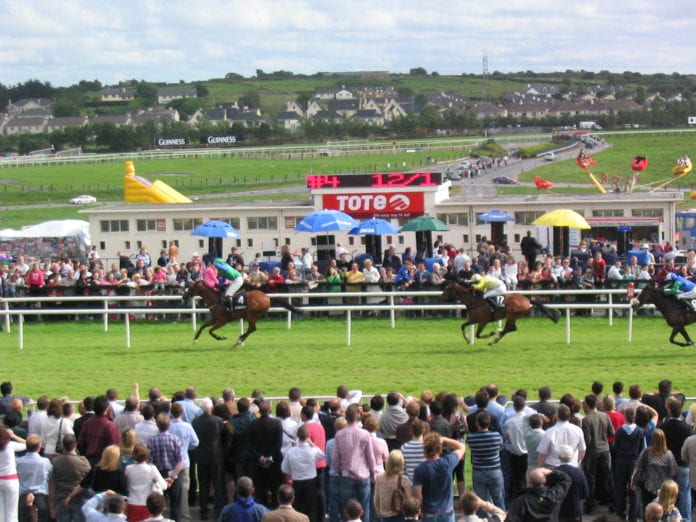 Galway races provided a springboard to stardom for Princess Zoe last season, and trainer Tony Mullins is busy preparing his stable star for what could be a lucrative autumn campaign.

Despite arriving at the 2021 Galway Festival on the back of an emphatic handicap win at the Curragh, Princess Zoe carried a lowly mark of 83 into the Connacht Hotel Premier Handicap.

Not only did Finian Maguire’s mount win that valuable contest comfortably, but Mullins’ mare followed up at the same meeting, defeating Emperor Of The Sun to land the Galway Shopping Centre Handicap five days later.

Princess Zoe then completed a famous hat-trick at Galway when she returned to that historic venue in September. Joey Sheridan’s mount was backed into 2/1 in the build-up to the Oyster Stakes and the favourite made no mistake, rewarding her many backers with another dominant performance.

That Listed victory had Mullins dreaming big, and the team set their sights on the Prix du Cadran at Longchamp on Prix de l’Arc de Triomphe weekend. Many of flat racing’s finest stayers have won that two-and-a-half-mile Group One, and Princess Zoe added her name to the illustrious role of honour, reeling in the leader on the run to the line to claim a famous victory.

Following a fine fourth behind Subjectivist in the Prix Royal Oak, Mullins rewarded his stable star with a well-earned winter break. Early-season defeats at Cork and Gowran Park saw Princess Zoe enter the Royal Ascot Gold Cup as a 28/1 outsider, but as Subjectivist set sail for home, Sheridan’s mount worked her way past the likes of Stradivarius and Spanish Mission to finish a highly-creditable second.

The team then decided to skip the best of the summer weather and Princess Zoe wasn’t seen again until her recent runner-up finish in the Irish St Leger Trial at the Curragh. While it was an excellent effort, a tilt at that Classic seems to be off the table. Mullins explained to the press after the Trial that he has three October targets in mind for his prized Group One winner.

“The reason she ran at the Curragh on Friday night is because I want to run her three times in October and didn’t want to have to run her in September.” Mullins said.

“The plan is to go back and defend her crown in the Cadran, then head to Ascot for the Long Distance Cup on Champions Day and then the Prix Royal-Oak. We might only get to take in two out of the three when it comes down to it but I’m aiming her at all three.”

Princess Zoe won’t meet Subjectivist again this season, but she’ll probably have to lock horns with Goodwood Cup winner Trueshan in at least one of those big races. That will not put the ambitious Mullins off according to racing tipsters blackbook.com.au, though, and Princess Zoe will take some stopping if she gets the soft ground she craves.