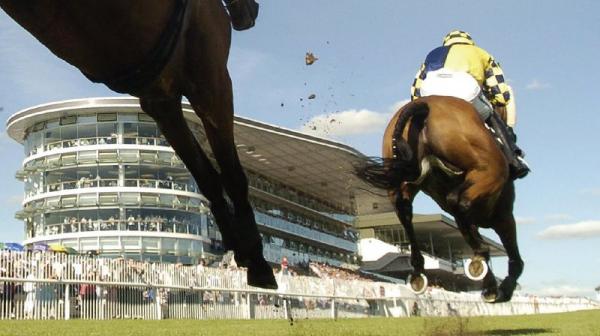 Gigginstown Stud star Samcro, hero of two Cheltenham Festivals, is being lined up for a crack at Galway’s most famous horse race.

Galway racecourse stages their famous Summer Festival in just over a month’s time. This week-long exhibition of Irish racing features both flat and jumps action, with the Galway Plate serving as the headline race of the meeting and bookmakers have begun providing their odds and promotions in the lead up. Novibet is one of the bookmakers offering a free bet when using the promo code NEWBONUS on new accounts.

The Galway Plate was first staged at Galway back in 1869, and this handicap has been won by many of Ireland’s most popular chasers. The names of two future Grade One winners in Carlingford Lough and Road To Riches stand out when you look through the roll of honour for the Galway Plate, and Samcro will bid to add his name to that illustrious list when he travels to Galway in July 28th.

Back in 2018, Samcro was the name on everyone’s lips. Gordon Elliott’s budding star had swept all the competition in Ireland aside during his novice hurdles campaign, and produced a superb performance to win the Ballymore Novices’ Hurdle on his Cheltenham Festival debut that March.

Gigginstown Stud’s desire to win a first Champion Hurdle at Cheltenham saw Samcro remain over hurdles the following year. Elliott’s charge would endure an injury-plagued campaign, and was scratched off for the rest of the season after a limp display in the 2018 Ryanair Hurdle at Leopardstown over Christmas.

Samcro returned with a bang the following November, powering to victory on his chase debut at Gowran Park. A couple of defeats at Leopardstown then saw Samcro return to Cheltenham slightly under the radar, but Gordon Elliott’s chaser bounced back to top form on the biggest stage, edging out Melon and Faugheen to capture his second Cheltenham Festival trophy in the 2020 Marsh Novices’ Chase.

The Ryanair Chase and even the Cheltenham Gold Cup were mooted as possible objectives for Samcro at the start of the 2020/21 National Hunt season. Despite those lofty ambitions, a reappearance defeat at Down Royal was followed by a failure to finish in the 2020 Savills Chase. Even a return to his favourite stomping ground in Cheltenham couldn’t curtail Samcro’s slide, as Jack Kennedy’s mount was pulled up behind Allaho in the 2021 Ryanair Chase.

Denise Foster, filling in for the suspended Gordon Elliott, then decided to keep Samcro going through the spring, with a view to running in the Galway Plate. Having ended his losing run with a hard-fought win at Killarney in May, many were expecting Samcro to really kick-on when he arrived at Listowel in June. Yet, after a telling error at the fourth-last obstacle, the favourite quickly succumbed to defeat, crossing the line sixth behind impressive winner Darasso.

Connections stated following that below-par run at Listowel that the Galway Plate was still the primary summer objective for Samcro. A mark of 158 would see Gigginstown’s nine-year-old carry top-weight into this famous handicap.

However, rising star Jordon Gainford could be called up to take five-pounds off Samcro’s back, and first-time cheek-pieces could help this mercurial talent shine at the 2021 Galway Festival.