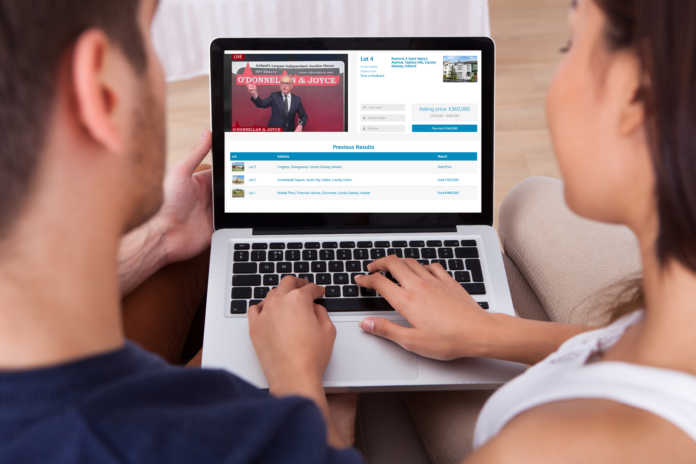 Despite predictions that the property market would experience a major downturn in 2020 due to COVID-19, this has certainly not been the experience of the people involved in the industry.

For the auction department at O’Donnellan & Joyce in Galway, 2020 came to be their most challenging year in the Auctioneers’ 38 year history, but in many ways it was also found to be their most rewarding.

The lockdown which came into effect from March made almost every part of their business harder. Not only were offices closed, but it was far more challenging to connect with customers, and for them to connect with their potential new home or investment.

While social distancing was the order of business in the first auction after lockdown, O’Donnellan & Joyce would eventually go completely remote in order to avoid any crowds.

This necessitated a complete change in many of their usual practices, leveraging modern technology to connect with interested customers, and to shift their auctions online. The response to this proved to be incredibly enthusiastic, with sales remaining strong throughout the year.

It was always expected that 2020 would be exceptional, but this was looked at with hope at the beginning of the year Colm O’Donnellan said.

“It started off with such hope and promise with Galway starting the year as the European Capital of Culture, it was anticipated to be a bumper year.”

The year’s first auction took place on February 28, and certainly got off to a strong start. Of the 26 properties from Galway, along the Atlantic Coast, and beyond, 90% were sold on the day. 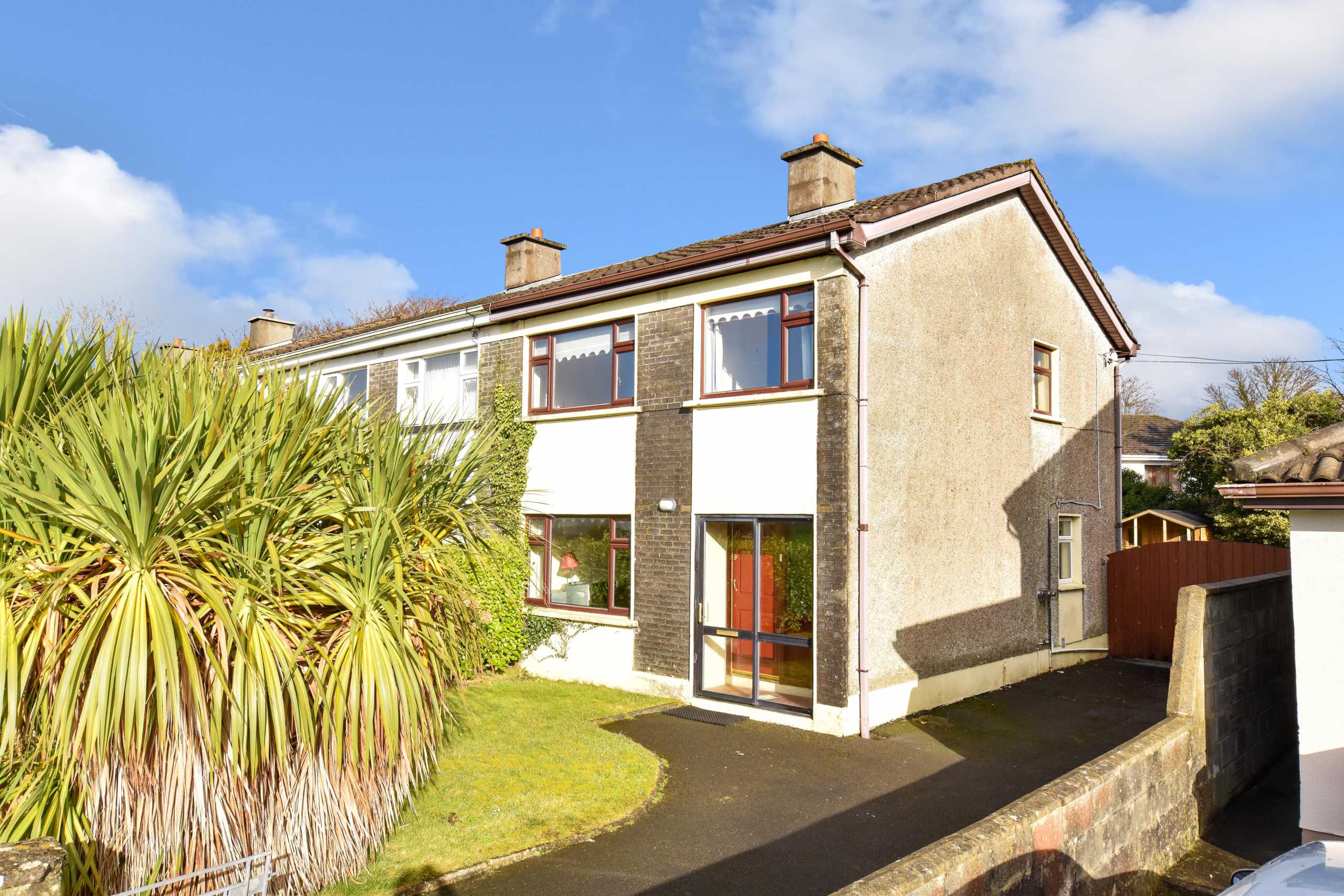 This all changed in March when Ireland slammed into lockdown. With no indication of how long businesses would remain shuttered, and people unable to travel, many worried that the property market would be severely hampered.

Unable to bring people out to view homes, Marketing Executive at O’Donnellan & Joyce Aaron O’Reilly organised a video tour of all the properties currently for sale, letting people view a walkthrough of them online.

This proved to be a smash hit, with a huge number of people not just logging in to look through the homes on offer, but engaging with their agents and showing great interest.

During this initial period of closure, the team at ODJ decided to chip in and hold a virtual charity fundraiser for the organisations that were struggling in the pandemic.

Of course, rather than just asking for donations they put a signature flair on the event, auctioning off three fictitious properties. Colm O’Donnellan and staff were connected with one another and their bidders remotely, all from the comfort of their own living rooms.

This would prove to be an indicator of what was to come when the offices opened back up on June 8, and the enquiries generated by the virtual tours proved that the property market was still thriving.

To test the waters, and ensure that they had the technological capacity to enable remote bidding on a larger scale, four properties were put up for auction online on July 3.

All four properties sold, with total sales coming to €478,000, as online and phone bidders cheerfully competed well in excess of expectations.

The first full auction after the onset of the pandemic took place on July 24. There were sure to have been sighs of relief as no indication presented itself that people were shying away from buying homes or offices.

All 26 properties on the block at this auction were successfully sold for a total of €3,224,000, at an event that mixed enhanced remote bidding with carefully managed, socially distanced in-person attendance at the Harbour Hotel.

The highlight of this auction was the first property up for sale at 16 Aran Court, Knocknacarra Road, Salthill, a one-bedroom apartment that had been among the most popular for viewings, and sold for more than double its guide price at €155,000. 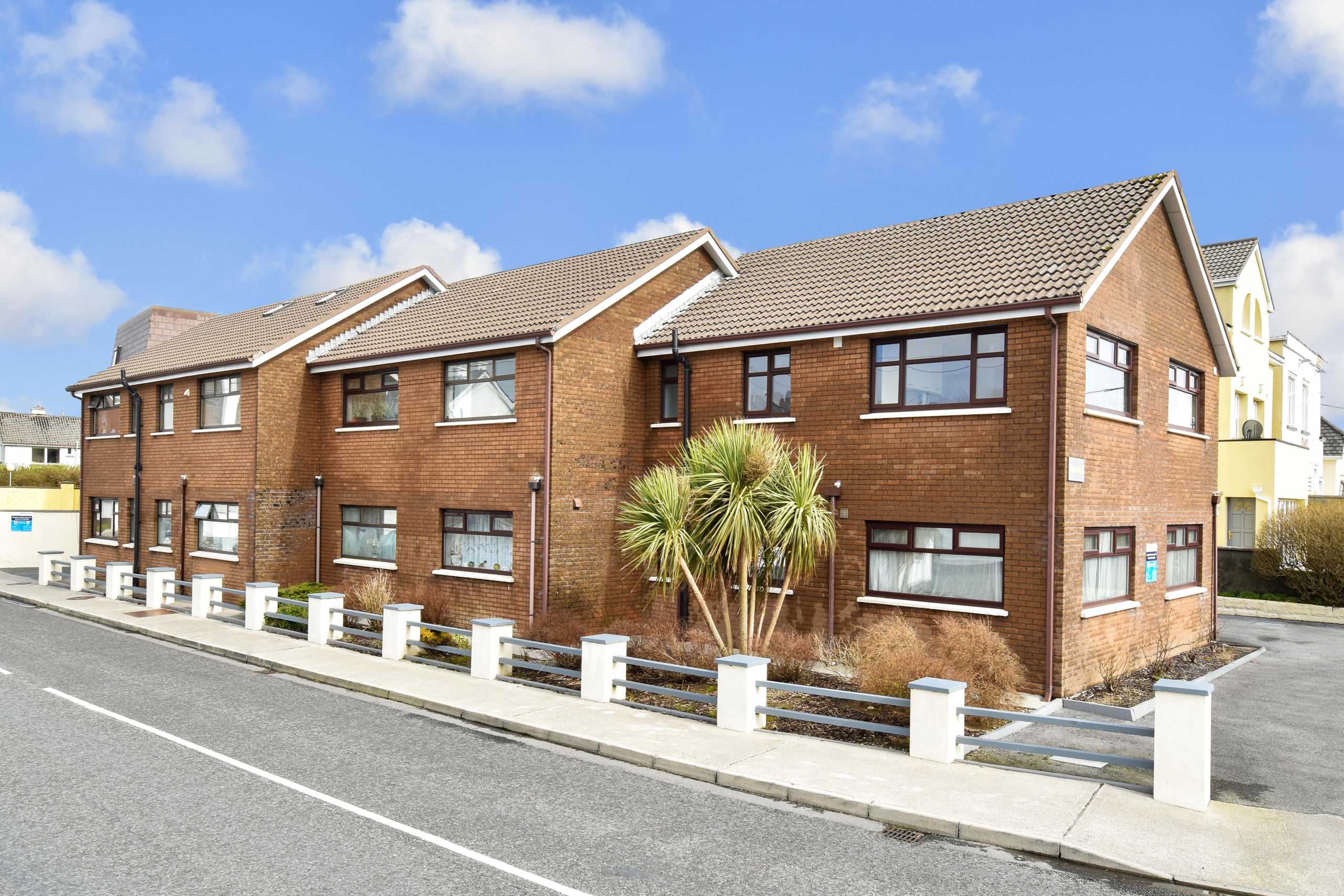 One trend that became clear during the July auction was a marked preference among buyers for homes in established communities, close to local services and amenities.

The early push for remote bidding was welcome come September, when new government restrictions put an end to any in person attendance for the auction.

Colm O’Donnellan helmed the auction with his staff from the Harbour Hotel, and people followed the live stream of events from their home, bidding online or over the phone through the platform created specifically for this.

Aside from a wealth of attractive houses and apartments, three items of great interest were a group of derelict former Garda Stations put up for sale by the Office of Public Works in Leenane, Maam, and Corrandulla.

There was fierce bidding for these buildings, all of which went for several times their guide price, totalling €791,000.

In all there were 28 properties for sale at the September auction, which generated sales of €4,188,000.

Two more fully remote, live streamed auctions took place in October and December of 2020, further strengthening the safety features by placing the auctioneer in his own room and having all parties involved connected completely remotely.

The October 30 auction generated sales of more than €3.1 million, with 26 of the 30 properties listed finding new owners in Sligo, Mayo, Kildare and Meath.

There was no let up in the pace, or the enthusiasm of buyers, on December 11 at the grand finale to the year, where 17 of the 20 properties which went under the hammer were sold.

There was fierce bidding for some, like the very attractive bungalow for sale at Middle Third near Maree in Oranmore overlooking Kilcaimin Bay, which went for €480,000 after an eight way fight.

In some cases, buyers didn’t wait for the action to start, as in the case of the Mayfly Hotel in Foxford, Co. Mayo, which sold before the auction for €225,000.

Colm O’Donnellan said that they’re not making any forecasts for 2021, as it has become clear this would be a foolish thing to do when nobody knows what’s around the next corner.

That said, he takes an optimistic view of how remote working tech has changed their business model, making it easier to sell to people beyond the local area.

“With modern technology we can reach out and obtain bids from a much wider and larger audience than ever before.”

The next O’Donnellan & Joyce nationwide property auction will take place on Friday 26th February. For anyone with a property that they are interested in selling, the deadline to register is the 22nd of January.

Contact Colm O’Donnellan on 091 564 212 or email colm@odj.ie to include your property for sale.