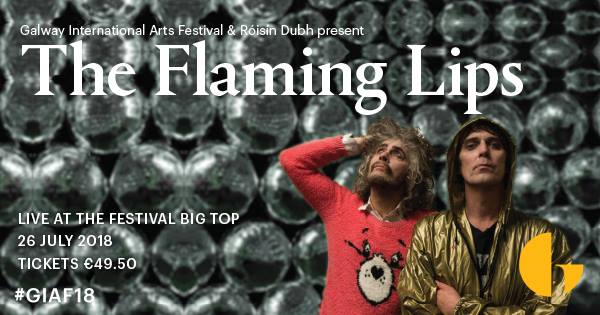 With a backlog of critically acclaimed albums like 1992’s Hit to Death in the Future Head; 1993’s Transmissions from the Satellite Heart, 1995’s Clouds Taste Metallic; 1997’s experimental Zaireeka, The Flaiming Lips are known for experimenting with new sounds.

Their breakout 1999 album The Soft Bulletin, with its harmonies and orchestrated sounds, is considered one of the best albums of the decade, and was named NME’s and Uncut Album of the Year.

Long called one of the most original musical acts of recent times, and well known for being unforgettable on stage, The Flaming Lips are currently touring the world to promote their newest album, Oczy Melody.

Their show is one at the Big Top on Thurday July 26 at 8pm, doors are at 7pm.