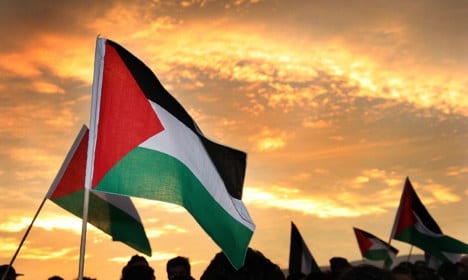 Speaking in Kinvara, Galway tomorrow, Friday 22nd June will be Independent Senator Frances Black about her recent visit to Palestine.

Senator Black, will be talking at 7pm on Friday 22nd June about the people she met and the concrete steps Ireland can take against the ongoing injustice.

In 2014 Kinvara took peaceful action in response to atrocities faced by the people in Gaza by initiating a unique community boycott.

In July, Seanad Éireann will debate her bill to end Irish trade in illegal #SettlementGoods. In the Occupied West Bank, families are forcibly kicked out of their homes, fertile farming land is seized, and the fruit and vegetables produced are sold on Irish shelves to pay for it all. Though Ireland condemns the settlements as illegal, we continue to support them economically.

Senator Black will present the Occupied Territories Bill 2018, which can end this hypocrisy, and how people can show their support before next month’s vote.

A Book of Condolences, signed by members of the Kinvara community following the killing of dozens of unarmed protesters and children in Gaza in recent weeks, will also be presented to the Ambassador.

The event is free and all are welcome to attend at The Courthouse, Kinvara, Galway.