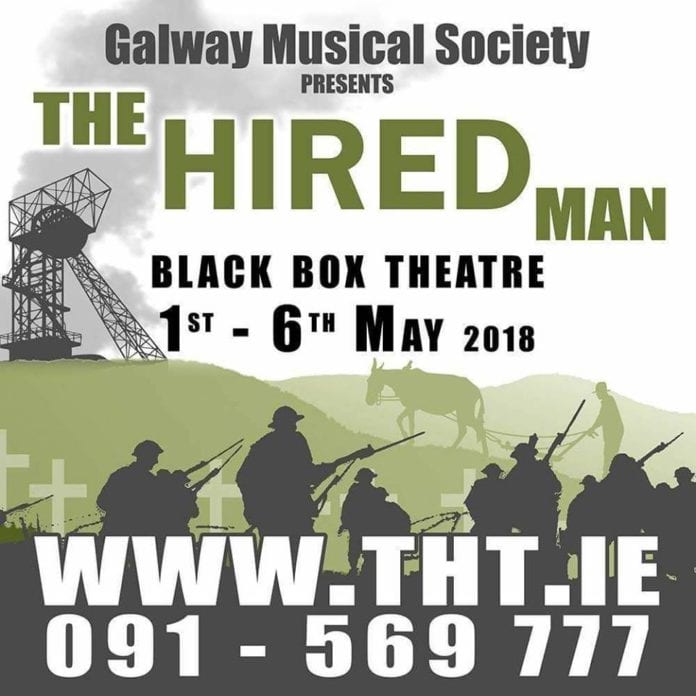 Tonight marks the opening night of The Hired Man which is being Hosted by the Galway Musical Society and will take place in the Black Box Theatre.

The Galway Musical Society is an amateur musical society which encourages young and old people alike to take part in the musicals through auditions. They have won numerous Association of Irish Musical Societies Awards.

Set in Cumbria, England from 1898 to the 1920s, The Hired Man follows the life of John Tallentire and his family through the trials of early 20th century and rural and industrial working life to the war-torn trenches of WW1.

Based on the novel by Melvyn Bragg with music and lyrics by Howard Goodall, Galway Musical Society are delighted to present this breath-taking musical.

With Paul Norton (Director), Shane Farrell (Musical Director) and Jay Molyneux (Choreographer) this musical rendering of a true classic will be loved by all who experience it.

With tonight marking the opening night of The Hired Man tickets are relatively cheap at €10 with tickets costing €18/€20 for Wednesday-Sunday.

The Hired Man will take place at 8pm, Tuesday 1st May – Saturday 5th May, while it takes place at an earlier time on Sunday 6th May at 5pm in the Black Box Theatre.

For more information on The Hired Man you can go to the Galway Musical Society Facebook page or go to tht.ie to purchase tickets.