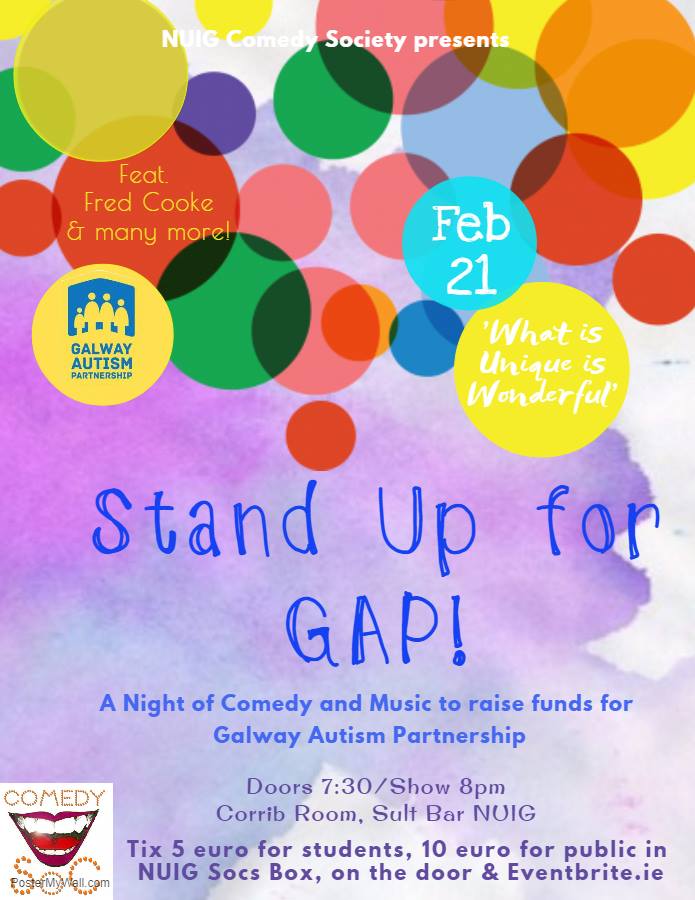 NUIG’s Comedy Soc are hosting a night of comedy and music to raise funds and awareness for the Galway Autism Partnership (GAP), who provide support and information to families living with autism.

With music from Galway’s own talented singer/songwriter Rachael Browne and Michael Rice as MC.

This promises to be a fantastic and hilarious evening in honour of a great cause, so come early to make sure you get a seat!

Tickets are €5 for students (NUIG and GMIT, or anywhere else really) and €10 for the public, available through NUIG Socs Box, the Socs WebStore, on the door and on Eventbrite.ie for non-students.

Galway Autism Partnership (GAP) are a charity for Autism Spectrum Disorder that provides support and information to families living with autism. We organise regular family events, outings, support groups and information seminars as well as campaign for autism awareness and improved services. We are extremely proud to be under the patronage of President of Ireland, Michael D. Higgins.

Doors open at 7:30, show starts at 8pm. Complimentary pizza and finger food provided during the break.