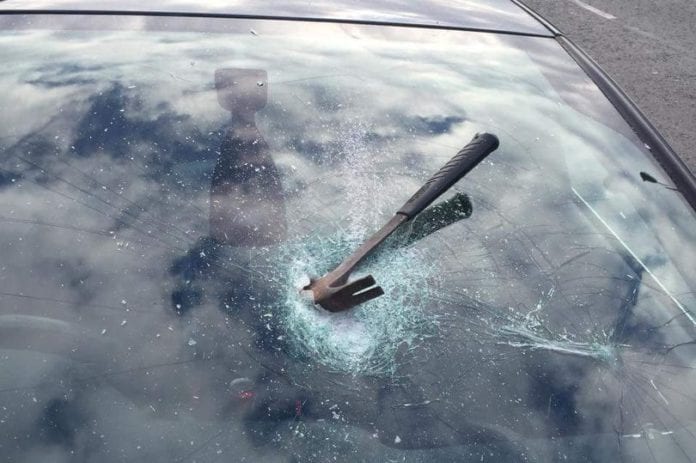 Three Galway men pleaded guilty to affray and other charges in Galway District Court on Monday after being involved in what may have been a racially motivated brawl with shovels, hammers, knives and hurls wielded by neighbours.

Tom Williams of Cluain Fada, Salem Bombo of Gleann Dara, Rahoon, and Dan Hermon of The Meadows in Ballybane each received a sentence of nine months in prison for affray.

The brawl occurred at at Cluain Fada off the Headford road in August 2016.

Details of the incident emerged during a hearing on June 13 in which witnesses described neighbours chasing and threatening each other with weapons and smashing windows.

According to a witness statement given by Joey Mwangi, it all started when he, Bombo, and Williams drove into the estate and Hermon – Williams’ neighbour at the time – said hello.

Mwangi alleged in his statement that Hermon then made a racist remark referring to the music they were playing in the car, at which point the young men got out.

Bombo and Williams were both juveniles at the time.

Williams’ brother – who later arrived on the scene – testified that he saw Hermon “attack” his brother Tom with a shovel.

According to his testimony, at that point several neighbours came to join the fight and Bombo’s car window was smashed.

The youths retreated to Williams’ home at number 18 Cluain Fada, where the angry group outside allegedly broke a window.

He stated that they were wielding various household implements as weapons – including a claw hammer, a shovel, and a hurl.

Williams then allegedly grabbed a kitchen knife to scare the neighbours away.

Hermon’s solicitor Valerie Corcoran maintained that her client was defending himself and that Williams had taken his shovel and swung it at him.

She stated that her client had no reason to attack three men by himself, and that the youths were “very clearly the aggressors” in the incident.

All three received sentences of nine months suspended for two years on the condition that they be of good behaviour and stay away from the other parties and their property.

Hermon – who has 37 previous convictions – also received a sentence of one month concurrent for criminal damage during the incident.

Bombo – who has been living in Edinburgh and training as a boxer since the incident – received another 12 month sentence for driving without insurance on multiple occasions.

He was also disqualified from driving for six years.

Williams was convicted of theft for credit card fraud that occurred in November 2016 when he paid for a €175 skip with someone else’s Visa card.

He was also convicted of several public order and drugs offenses, adding another nine months to his total sentence.