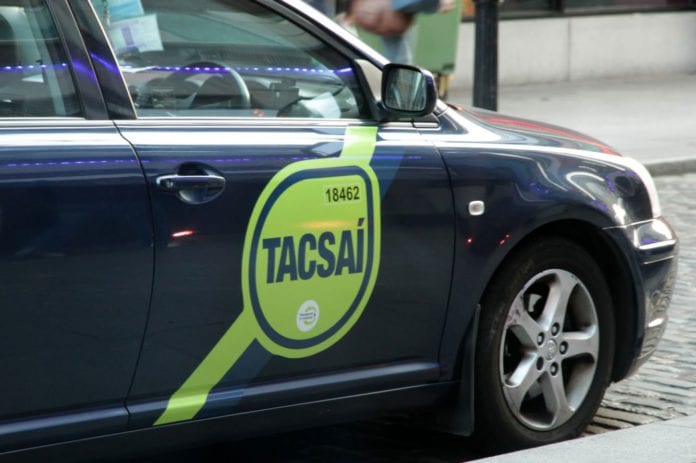 A woman appeared before Galway District Court this week charged with biting a taxi driver on the neck while she was his passenger back in 2014.

Alexandra Kruzal (30), pleaded guilty to section 2 assault on her taxi driver from an incident on the Seamus Quirke Road on March 23, 2014.

The court heard that at around 1:30am a taxi driver came into Galway Garda Station to report that he had just been assaulted by a passenger.

He had collected his passenger outside Carbon Nightclub and was driving her to her home when, on the Seamus Quirke Road, she leaned forward and bit him on the side of the neck, holding on for a good thirty seconds.

Afterwards she sat back in her seat, laughing. The prosecuting Sergeant added that in his statement the taxi driver claimed the woman said “I am a vampire and I love blood”.

Afterwards the driver dropped Kruzal off at her home, where she was received by a housemate, before going straight to the garda station to report the incident.

While she has an address on court documents at Cuan na Coille on the Bishop O’Donnell road in the city, Kruzal said through her solicitor that she has been living and working in Germany for the past five years.

Solicitor Valerie Corcoran said that her client was very drunk at the time and did not mean any “hurt or harm” by her actions.

Though the taxi driver had behaved completely professionally Ms Corcoran said, and the two had not spoken while she was in his car, Kruzal thought he liked her and meant her actions affectionately.

This was a “completely inappropriate” misinterpretation of the circumstances Ms. Corcoran said, adding that she would like to think it was out of character for her client.

The prosecuting Sergeant told the District Court that the driver was in total shock and didn’t know what to do about the assault.

Kruzal had no previous convictions, and has not come to any police attention since the time of this incident.

Judge Mary Fahy sentenced Kruzal to three months imprisonment, with the sentence suspended for one year.

The Judge said that “one could see that it would be very upsetting” for the taxi driver, who did not wish to be in court, adding that it would certainly make someone more “wary”.