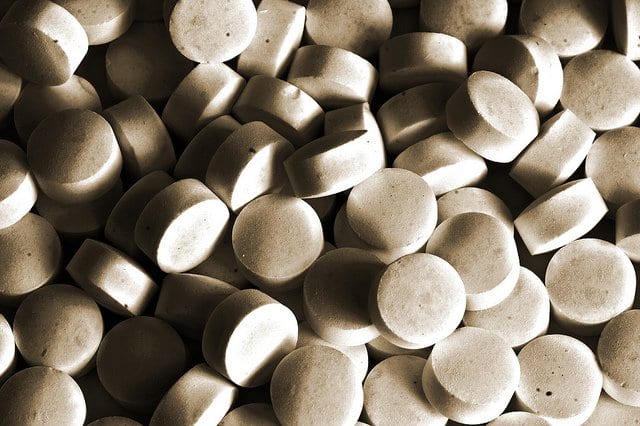 Two men were sentenced at Galway Circuit Court in connection with the seizure of over €35,000 worth of drugs at a premises in Ballybane in 2017.

Oshane Malcolm (21) and Ismail Abukhadir (23) were charged under Section 15 of the Misuse of Drugs Act in connection with €35,697 worth of drugs, mostly ecstasy tablets, found by gardaí during a home search.

The two men had previously pleaded guilty to the offences before Galway Circuit Court in July and were back in front of the court this month for sentencing.

Oshane Malcom with an address at Clareview Park, Ballybane, received a five year prison sentence with the final two and half years suspended, as his role was deemed more serious.

Ismail Abukhadir was given a two year suspended sentence, as he was deemed to have only been used to hold the drugs.

The court heard that on June 23 of 2017 Gardai carrying out a surveillance operation in Gortcam, Ballybane and observed Malcolm get in a taxi and head to Eyre Square.

In Eyre Square he was stopped and searched by gardaí, who found 25 tablets of ecstasy on him. Several more tablets were found during a second search at the garda station.

Acting from this gardaí search a premises in Gortcam where Ismail Abukhadir was also resident. They found a large quantity of cannabis and ecstasy in a rucksack in Abukhadir’s room. More cannabis was also found in Malcolm’s room.

The total value of the drugs seized by gardaí was €35,697. Of this, €330 worth was cannabis and the remainder was ecstasy.

Gardaí said that Ismail Abukhadir was not making any money from this and was at the bottom rung of the operation.

The barrister for Ismail Abukhadir said that his client had essentially agreed to hold the drugs in his room in exchange for a place to stay.

He was 21 at the time and had been homeless for nearly three years beforehand, which had a serious impact on him the defence said.

In the time since this incident he has been staying at Bridge House supported housing, which has had a “stabilising effect” on his life. He has also stopped using drugs since then the court heard.

Judge Rory McCabe said Ismail Abukhadir was a “bit player” in the drugs operation and had a lower level of culpability than his co-accused.

He was given a two year prison sentence which was suspended in its entirety, with one year of supervision by probation services.

When first interviewed by gardaí Oshane Malcolm said that the ecstasy he was found with was for his friends at a nightclub, and denied handling the drugs in the apartment.

However when his fingerprints were found on the packets he admitted to packaging the drugs, saying that he had been pressured to do by others involved in this operation.

His barrister said that Malcolm was under threat from others, but wasn’t able to get out of his situation, so he reluctantly complied.

He asked the judge not to impose the mandatory minimum for Possession for the Purpose of Sale or Supply, noting that Malcolm pleaded guilty and there was a positive probation report.

The court was also told that Malcolm had a drug problem at the time, which he has since taken steps to address, and that he feels deep shame and remorse for his actions.

Judge McCabe said that he made admissions to gardaí “but they did not extend to admitting the real extent of his role”.

The judge imposed a five year prison sentence, but suspended half of it. The sentence was backdated to April of this year when he first went into custody.