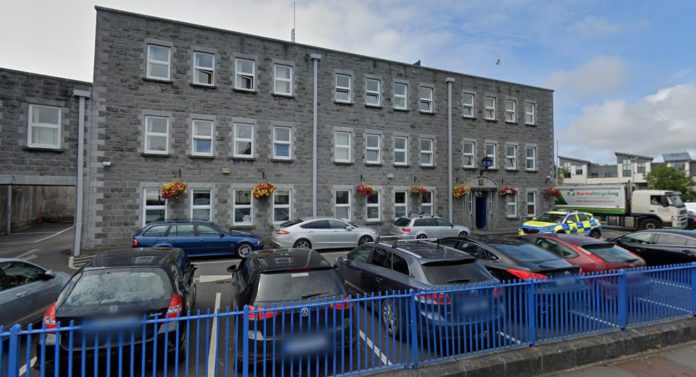 A man convicted of writing “pig are scum” on the walls of a Garda station cell in his own excrement was sentenced to five months in prison.

Michael McGovern (57) was convicted of public order offences and criminal damage to a cell at Galway Garda Station on Mill Street after a hearing at Galway District Court.

McGovern, of 151 Coillte Mhuirlinne, Ballybane denied that he had smeared his own feces on the cell, or used any abusive language towards Gardaí.

He claimed that the writing on the wall of the cell in the Garda Stations was there when he was put in.

Garda Donal Connellan said that McGovern was arrested on the night of June 7, 2019 at 11:35pm after they were called to a report of a drunk man standing in the middle of Cross Street.

He told Gardai to “f*** off” repeatedly after being directed leave the area, challenged them to “arrest me if you want to arrest me”, and when they did, he said he would have them sacked Garda Connellan stated.

McGovern was brought to Mill Street station and introduced to Garda Emmet Rock, who was the ‘Member in Charge’ of the custody area that night.

Garda Rock told the court that he checked on McGovern every 15 minutes as he was drunk, and at 2:45am noticed that he had defecated, and written “pigs are scum” with it on the walls of his cell.

Mr McGovern’s solicitor Sean Action said that the incident that night arose after McGovern, himself a former taxi driver, got into a dispute with a taxi which was pulled up at the junction rather than at the taxi rank.

Mr Acton asked both Gardaí if they noticed anything on his hands after the incident in the cell, as they would surely be filthy after doing this.

Garda Rock said that he didn’t notice if there was anything on his hands, and Garda Connellan said that he could not recall.

Both officers commented on the foul smell coming from the cell occupying their attention, while Garda Rock said that there was water at the bottom of the toilet hole.

Garda Rock also said that he was the person in charge of the cleanliness and hygiene of the cells, and that if there was any bodily fluids or waste in one, it would have been sealed until properly sanitised.

Giving his own evidence, Michael McGovern denied that he was verbally abusive “to any guard” during his arrest. He also said that the writing on the wall was there when he was put in the cell, which he thought was just graffiti.

He said that he only learned it was feces after he was taken from the cell to be further charged just before 5am, also denying that Garda Rock checked on him regularly.

Judge Mary Fahy said that if there had been excrement on the walls of the cell it would have “smelt to high heavens”, couldn’t have been mistaken for graffiti.

“Even listening to this has been quite disgusting,” the judge added.

The court heard that McGovern is a former taxi driver himself, who has also spent time caring for his parents.

Judge Fahy imposed a five month total sentence for criminal damage; threatening, abusive, or insulting behaviour; and failing to comply with Gardaí, as well as a €100 fine for public intoxication.

Leave was granted to appeal by the court on Mr McGovern’s own surety of €200.