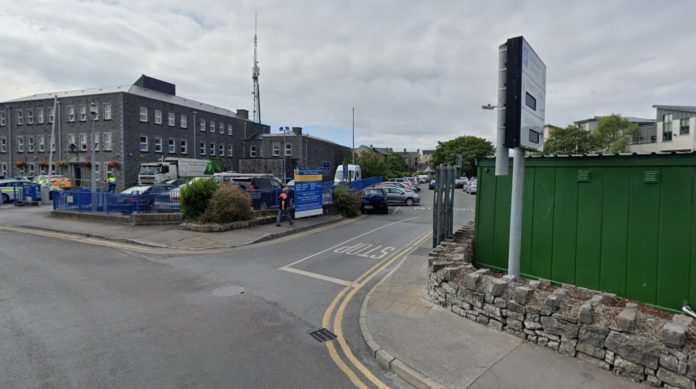 A Garda officer was dragged down the street by a car right outside the station in Galway City after stopping a suspected drunk driver.

Garda Marcus O Coisdealbha suffered cuts to his arms and knees, and a severe injury to his shoulder, after being dragged for approximately 240m by a car driven by a person he had stopped on suspicion of drunk driving.

Judge Rory McCabe sentenced him to 240 hours of community service and €2,000 in fines for endangerment, drunk driving, and dangerous driving, saying that Hunt seemed to have suffered a “moment of madness” fuelled by alcohol.

The judge added that he takes “particular note” of Garda O Coisdealbha’s testimony that the young man seemed to be genuinely remorseful.

The court heard that on November 27 of 2019, Garda O Coisdealbha was on duty at Mill Street Station in Galway City at 4:30am, waiting outside for his partner.

Before going on patrol he observed a drunk man walking past him down the street, and into the neighbouring car park. When he heard a car start, Garda O Coisdealbha went to investigate in case it was the same person driving.

He stopped the car before it could leave the car park, and spoke with the driver, and after forming the opinion that the driver was drunk, told Hunt that he was placing him under arrest.

At this point the car took off headed towards Presentation Road, knocking Garda O Coisdealbha over with his arm still inside the car. He was dragged along the road until he managed to reach into the car with his free arm and pull the keys from the ignition, before pushing himself away from the car.

Sergeant Brendan O’Grady, the investigating officer, said that analysis of cctv footage from the area showed that the car reached speeds of 59km/hr while dragging Garda O Coisdealbha.

When a blood sample was taken from Ryan Hunt following his arrest, it returned a result of 109mg of alcohol per 100ml of blood, more than twice the legal limit.

After pushing himself free from the car, Garda O Coisdealbha struck his head on the ground. He suffered abrasions to his arms and knees, and a rotator cuff injury to his right shoulder. The car was stopped by a collision shortly afterwards.

Garda O Coisdealbha called for backup, and when his colleagues arrived they brought him directly to UHG after learning that an ambulance would take at least half an hour to arrive.

At the hospital, “I was so shook that I physically couldn’t open a bottle of water I was given, he said, while a doctor told him that he was lucky to be walking and talking.

After the incident the garda was off work for several months, and required physical therapy to recover from the injury to his rotator cuff.

Despite this, he said he held no animosity towards Ryan Hunt, and that he could see “regret and remorse” on Hunt’s face while he was arresting him immediately after the car stopped. However Garda O Coisdealbha did say that Hunt made a “conscious decision” to drive while drunk, and to drag him with his car.

The Circuit Court heard that Ryan Hunt had no criminal convictions prior to this, and has not come to any Garda attention since. Sgt O’Grady said that every time he spoke with Hunt, he enquired after Garda O’Coisdealbha’s health.

Mr Hunt barrister said that he accepted complete responsibility for his actions at the earliest opportunity, and that there was a very favourable probation report before the court which shows that he is considered to be at a low risk of reoffending.

Testimonials from people in his work, former teachers, and sporting life show that this incident is “out of step” with how Hunt is viewed by his peers the defence said.

The probation services’ report said that he had attended all appointments with them, and displayed genuine remorse for his actions.

Judge McCabe ordered Hunt to perform 240 hours of community service in lieu of a two year prison sentence for endangering the life of Garda O Coisdealbha.

For the dangerous driving and drunk driving offences, the judge imposed a €1,000 fine for each, and disqualified Hunt from driving for two year.