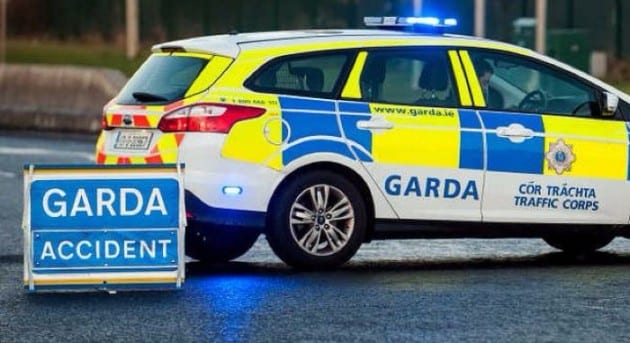 The daughter of a man killed by a drink driver in Galway at Christmas asked the judge not to send him to jail, as she didn’t want another family to lose their father.

Mike Monaghan (55), a father of three, was killed in a collision with a drink driver at Polkeen, Two Mile Ditch in Castlegar on December 30 2015.

He lost his life when a drink driver cut across the road in front of the motorcycle he was riding.

In November of this year Michael Jordan (50) from Cloonacauneen, Claregalway was given a one year jail sentence for careless driving, suspended for three years.

He was also given a three month sentence for the drunk driving offence, also suspended for three years.

Speaking for the first time to the Irish Independent, Mr Monaghan’s eldest daughter Michelle (29) said their family had asked the judge not to send Michael Jordan to prison.

She said that it wasn’t easy for the family, being in court and hearing the details of their father’s case, but they really wanted to see the outcome of the trial after three years.

Ultimately they were happy with how it ended she said, as they wanted the sentence to show how serious the offence was, but felt sending Jordan to jail would just leave another family without a father.

Mr Jordan had having a drink with his son at the local pub while they watched a football match.

Afterwards, they were leaving the car park and collided with Mr Monaghan’s motorbike as they crossed the N17.

Michelle said that this was a tragic accident with someone who never meant to cause any harm.

But it just goes to show how dangerous any kind of drink driving be, she added, as Mr Jordan had only had two or three drinks and was going to make the drive home.

Earlier this month Gardaí say that 445 people have been arrested on suspicion of drink driving since November 30.

So far it’s looking likely that the end figure of people arrested on suspicion of driving under the influence will pass the 812 arrested in December 2017.

Gardaí are out on the roads in force over Christmas and New Year’s, with an additional 22 officers dedicated to Galway to help patrol the roads and man checkpoints which will up in the towns and rural areas.

A spokesperson for the Road Safety Authority said that a drink driver is putting the lives of others in danger when they get behind the wheel.

A demonstration in solidarity with Black Lives Matter will go ahead on Saturday at 2pm, despite Galway Anti-Racism Network's statement earlier today saying their...
Read more
NEWS

Over 2,000 come off pandemic unemployment in Galway

Over 2,000 people came off Covid-19 Pandemic Unemployment payments in Galway last week according to the latest figures. Data from the Department of Social Protection...
Read more
NEWS

Galway Cycling Campaign has welcomed an announcement that cycling will be funded as part of the new mobility funds that will be released by...
Read more

We're out of the group stages and into the knockouts in the World Cup of Galway Restaurants here at Galway Daily. Two restaurants up fresh...
Read more

Three more deaths of people with Covid-19 have been reported to the Department of Health today, along with 47 more confirmed cases. The death toll...
Read more

Traffic in Galway city up almost 50% in May

Traffic on one of the busiest routes in Galway City went up nearly 50 percent in May according to the data from Transport Infrastructure...
Read more
Load more

An Irish Traveller has been elected to NUI Galway's Údarás na hOllscoile for the first time. Owen Ward,...
Read more