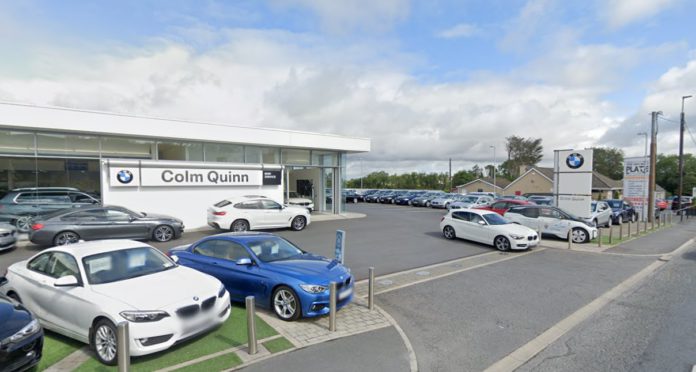 A Tuam man admitted to causing almost €30,000 worth of damage to multiple cars at a BMW dealership in Galway City last year.

Mindaugas Jonuska (35), of 6 Barr Aile, Tuam was arraigned before Galway Circuit Court, where he pleaded guilty to seven counts of criminal.

He admitted to causing criminal damage valued at €27,776 to seven cars at Colm Quinn BMW dealership on the Tuam Road, Galway City on June 26 of last year.

The plea, which accounts for half of the 14 counts on the indictment, was accepted by the prosecution on a full facts basis.

The defence requested that expert reports be prepared for the Circuit Court before sentencing.

Judge Rory McCabe also asked if there was a reasonable chance of the damages being repaid.

The case will next come before the court on November 5 for sentencing.