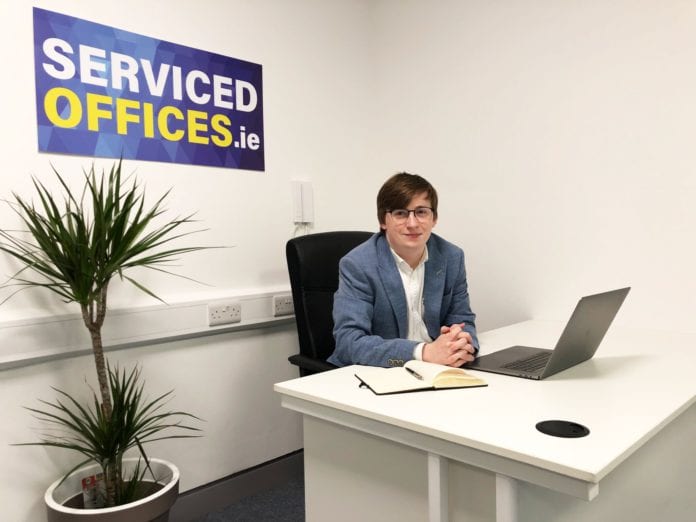 Getting your own offices is an important point in the growth of any business, showing that an idea is growing to become a legitimate enterprise that needs more space than just the surface of your kitchen table.

But for little companies, start ups that might only have one or two people involved, or existing businesses looking to open a satellite branch in a new location, renting or buying offices can be a huge hassle.

Just paying for the space itself is just the first step. You have to outfit it with computers, phones, get set up with an internet provider and sort out cleaning and waste disposal.

All of this can be a lot of work for a company that’s just setting itself up, or isn’t looking for a large presence. Not to mention that it’s a huge up front expense.

But Galway is a space where people can always find niche, and local businessman Barry O’Shaughnessy has found his providing Serviced Offices for small businesses in the city.

Based out in Ballybrit, Serviced Offices rents modern office suites out to businesses from within a larger block of offices.

They provide all the amenities, from kitchens and toilets to 400mb broadband, printing services, cleaning, security and more.

The office suites are cleaned once a week and all those concerns that come with dealing with a property, utility charges, council rates, and insurance, are contained within the fee.

“All you have to worry about is running your own business,” said founder and Director Barry O’Shaughnessy, “The offices are all taken care of”.

“The overheads are way smaller, everything is taken care of. You’re not paying standing charges, management fees, corporation fees to the council, which even for a small unit could be in the thousands per year”.

And while its easy to rent out multiple suites and incorporate them together if that’s what you’re looking for, this service is aimed in particular at small businesses that only need office space for teams with one to three members.

“What I’ve found is that people outgrow their kitchen tables,” Barry said. “They need a space where they can hold meetings, where you get up in the morning and actually go to work,” something that he says makes people far more productive in their work.

Even for companies where people might still be mainly working off their laptops, there are distinct advantages that come from having a proper business address Barry said.

“If you’re in a business where you have to have staff in Galway, you’re going to be more likely to win a contract if you can say this is out Galway address”.

This is also true of businesses that are opening a satellite office in a new city so as to avoid the trouble of having to send people over from the main office across the country.

If you’re looking to impress a client or attract investors, having your own registered address and landline are very simple things that make a business look more professional and part of the local community.

When asked what had prompted him to make the move into this area of business, Barry said that it was in no small part due to his own less than stellar experience with renting office space.

“I was renting serviced offices myself for about four years for my own business,” he said adding that after that amount of less than stellar environment, he wanted to build a better working space.

“There are plenty of smaller offices like this in Galway, but a lot of them don’t have windows, they’re boxes really. When I built my place it was floor to ceiling glass walls, it’s really fresh, airy. It’s just a nice place to work.”

“When you’re in a nice fresh looking office, first off it looks better for your clients when you bring them to the place. But even for yourself, no-one wants to be getting up in the morning and driving to an office that’s a small box. They want to go to a nice airy, open place.” 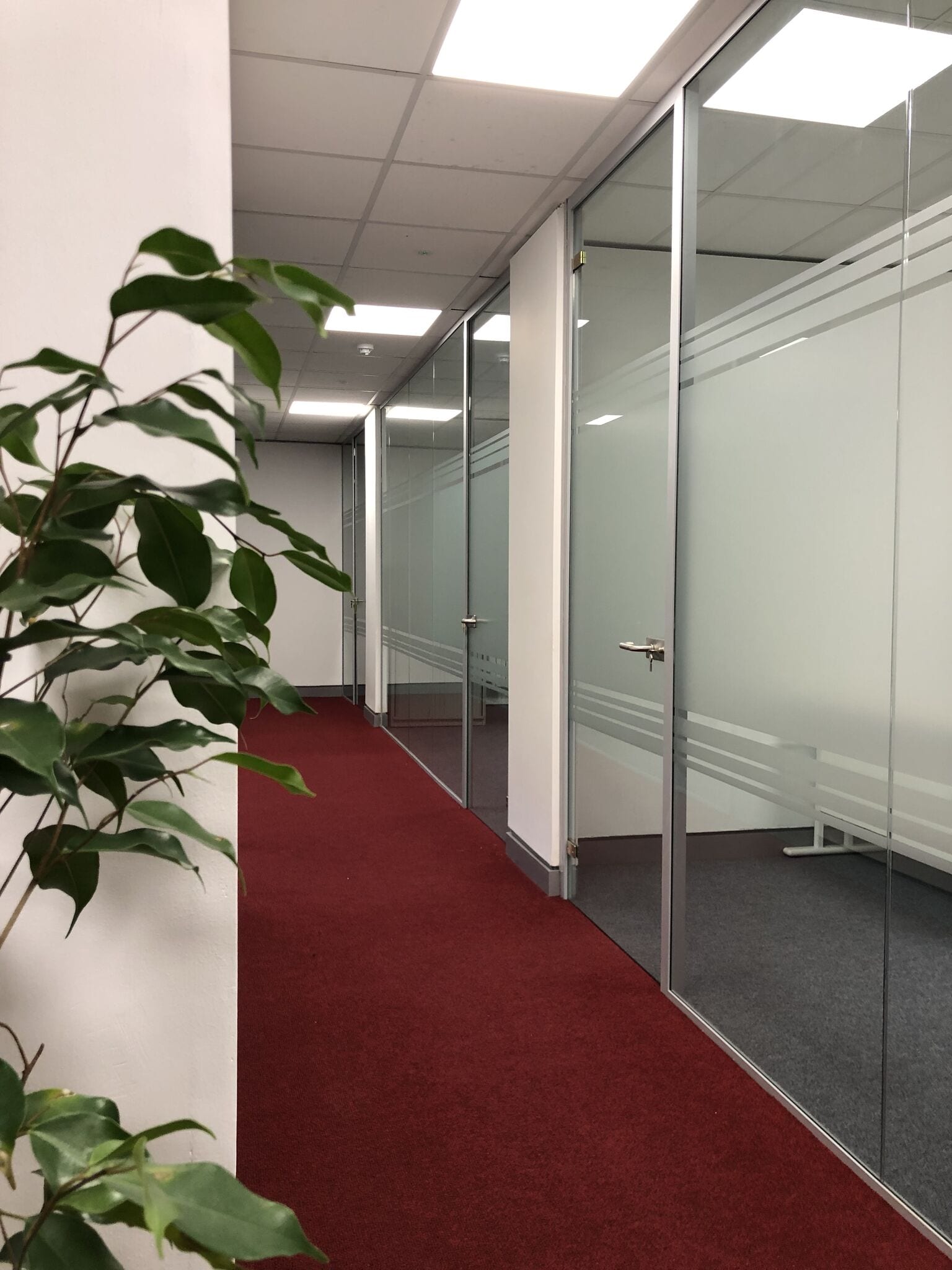 Many young start-ups in Galway make use of co-working spaces such as the Portershed. And while they work great as a place to get an idea up and running, Barry says that there are limits to the usefulness of such a service compared to a proper office.

“It’s a dedicated space, your office is your office, you put all your own stuff in there. With a co-working space you could technically work in a cafe, it’d be nearly the same.”

When talking about what’s needed to boost the regional economy in the west, for which Galway city is the hub of the wheel, a lack of sufficient high quality office space is one of the impediments that just keeps coming up.

“They’re going to be aimed at more corporate type clients, your accountancy firms, your consultancy firms. I don’t think that that small businesses will be able to afford space

When someone has invested tens or hundreds of millions of euro in a new city district “They have to get a premium price for them”.

The main things that Barry says would stop people taking their own office unit are “First off the fit out cost for offices is quite expensive. So if they can walk into a fully furnished and fitted office and just start paying monthly, they’ve no capital to put up in the first place.”

“And because I’m doing it at scale that’s how I’m able to absorb the bigger cost like rates and utilities,” Barry added.

Renting a suite at Serviced Offices starts from as little as €90 a week in one bill that includes everything.

In the near future Serviced Offices plans to expand its operations to other cities around the country, with Barry adding that he has already acquired premises in Cork and Dublin.

“There’s a massive lack of office space in Dublin and Cork anyway, and I think Brexit is going to be huge opportunity for businesses that might need to open a satellite office in Ireland, or just move operations to Ireland”.

Galway was the logical place for him to start Serviced Office, Barry says, since he’s from here and was already running a business in the city.

And with more and more start-ups getting off the ground and scaling their business in the west every day, there’s sure to be plenty of entrepreneurs looking for their first offices.