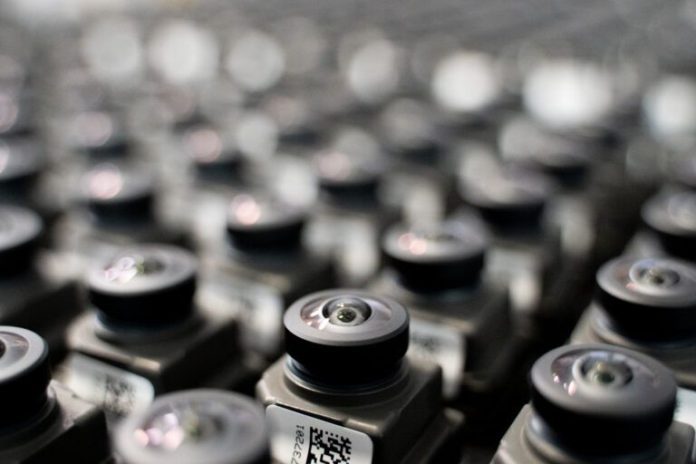 The massive Valeo manufacturing facility in Tuam has hit a major milestone after years of growth, producing its 100 millionth camera.

The Tuam factory, which employs approximately 850 people, produces automotive nearfield cameras, which give cars their rear and surround vision.

Production at Valeo has grown year on year since the factory opened at Tuam two decades ago.

The first camera rolled off the Irish production lines in 2002. Eight years later, in 2010, one million units were delivered to customers.

Between 2015 and 2018, output increased 30-fold compared with the first eight years, with 30 million cameras manufactured in three years.

The four years between 2018 and 2022 saw total production double once again, and cross the 100 million camera mark.

Tánaiste and Minister for Enterprise Trade & Employment, Leo Varadkar said “Congratulations to the entire Valeo team on this really significant milestone at the company’s Tuam site.

“Reaching one hundred million cameras is a remarkable achievement and a testament to the expertise and talent of every member of staff.”

“I’m really happy to hear of the company’s plans to do more, to further increase camera production over the next four years and wish the team continued success.”

Marc Vrecko of Valeo said that they plan to deliver as many units in the next fours years as they’ve produced in the past 15, shipping another 100 million cameras by 2026.

“I wish Valeo continues success and congratulate the team here in Tuam on reaching this significant milestone.”

Valeo has an extensive Research and Development center integrated into the Tuam site with a wide range of highly skilled professions.

More than 70% of its staff are engineers with coding expertise who have developed innovative features for the automotive industry.

One example is image fusion technology, which creates a single snapshot from multiple video sources.

This is how today, when drivers in many cars around the world shift into reverse, they can see their vehicle as if it were filmed from above by a drone.

In 2022, an important worldwide Valeo customer will release a vehicle equipped with this smart camera.