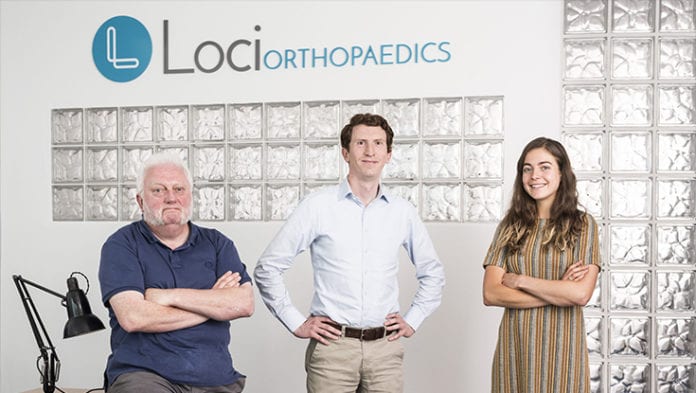 Two Galway medtech companies have been chosen from over a thousand start-ups and SMEs for European Innovation Council funding.

Galway based InVera Medcial and Loci Orthopaedics are among 74 companies chosen for the first round of the 2022 EIC Accelerator programme.

They will receive a combined total of €382 million in funding, through a mix of grants and investments of up to €17.5 million each.

InVera Medical, formerly known as Venari Medical, based out of the Innovation Hub at Atlantic Technological University’s Galway campus.

The medtech company is developing a groundbreaking medical devices for the treatment of varicose veins and venous ulcers, collectively known as chronic venous disease.

Venous disease affects one in four people and ranks as the 4th most common chronic disease in the world.

Loci Orthopaedics, which calls NUI Galway’s Business Innovation Centre home, is a spin out company from the university’s BioInnovate programme.

Their product, the InDx implant, is designed to combat thumb arthritis by mimicking the natural movements of the thumb joint.

“I am happy to see so many of them applying to the EIC, in particular from countries that are catching up in their levels of research and innovation performance.”

“Thanks to the European Innovation Council, they will get the support they need to accelerate their growth and lead on the next wave of deep tech.”

In most cases, the companies will receive the grant financing within the next two to three months, while the finalisation of the equity investment is expected during the autumn.

There were over 1,000 applications for the first cut-off of the EIC Accelerator, which closed in March.

Of these, 266 were interviewed by juries of experienced investors and entrepreneurs, before the winning 74 from across the continent were chosen.

There were a total of four Irish applicants chosen for funding in the first round, with the other two being the Mayo based Ovagen Group, and Dublin’s Selio Medical