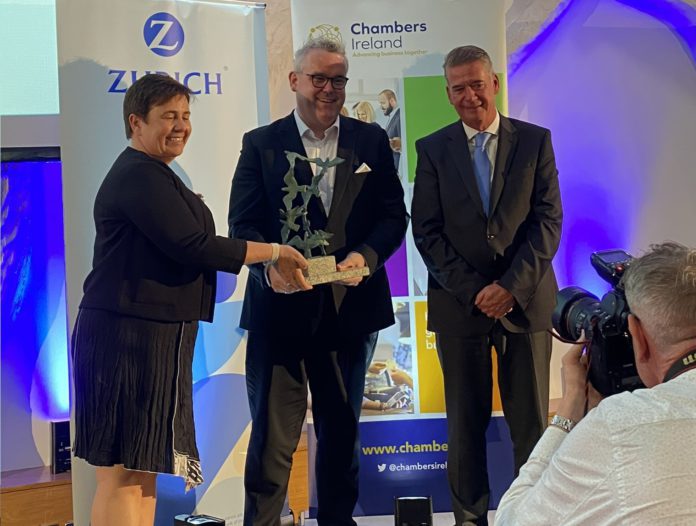 Galway Chamber of Commerce has been named the best in Ireland at the annual national awards this week.

Chambers Ireland crowned Galway the overall winner at the 2022 Chamber Awards on Thursday.

Galway Chamber was recognised for its high level of activity throughout the year despite challenging operational conditions.

CEO of Galway Chamber, Kenny Deery, said that it was a “tremendous honour” to be given this prize, citing the incredible work that other chambers had put in around the country.

“From multinationals to start ups, to growing SMEs and traditional family businesses, this award belongs to all who have made Galway such a fantastic place to do business.”

“I would like to thank all those directly involved with the Chamber and who have worked tirelessly throughout the year, our members, our board, our corporate partners and our staff”.

His remarks were echoed by Aengus Burns, President of Galway Chamber, who said that a lot of activity has gone on in the Galway business community over the past year.

“From the post pandemic revival, to the attraction of major new companies to Galway, from the impressive developments at Galway Technology Centre and PorterShed, to the ongoing growth and success of many of our local businesses, this has been a year of achievement.”

The annual awards, hosted by Chambers Ireland and sponsored by Zurich, recognise the outstanding work of chambers of commerce throughout the country in supporting local, regional and national business.

On top of being the overall winner, Galway Chamber also took home the Supporting Enterprise and Social Enterprise award on the night. 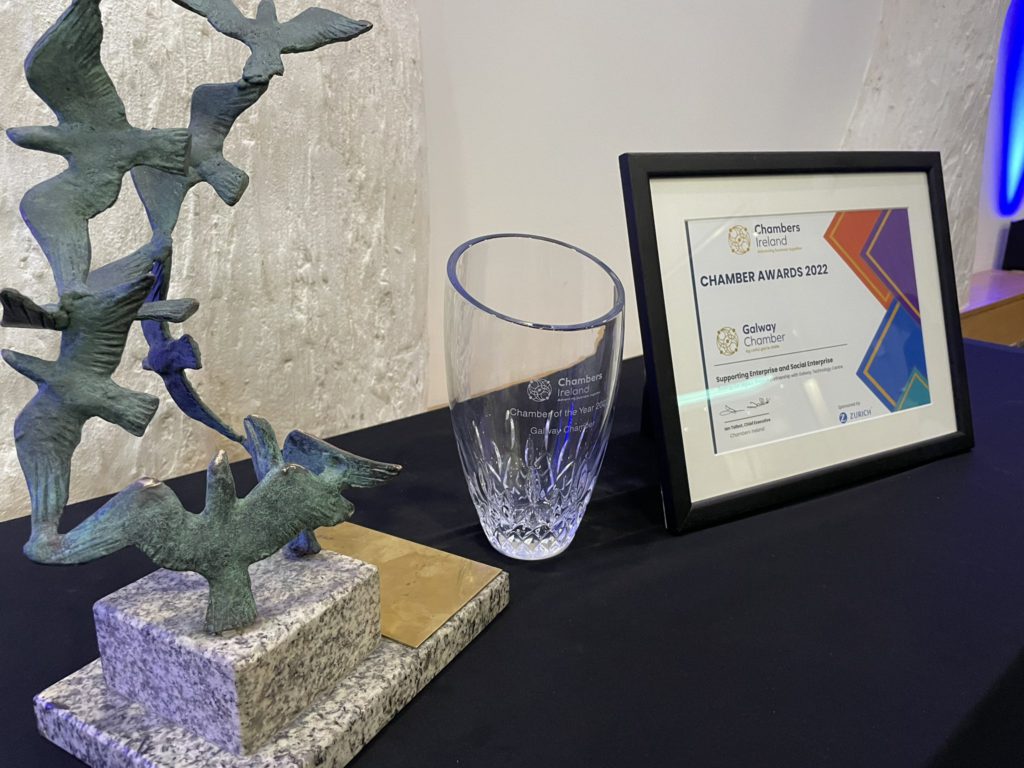 President of Chambers Ireland, Mags Brennan said, “Being named Chamber of the Year is testament to the scale of work being undertaken by Galway Chamber.”

“It reflects the huge amount of talent and dedication within the Chamber and underlines how impressively they have managed and adapted their activity to meet the needs of their members”.

What truly impressed the judges, he said, was the level of community engagement shown by Galway Chamber.

He said that the projects undertaken doubtlessly contributed to the “economic resilience” of Galway moving forward.

“This is a group of strong communicators, relationship builders and people who care deeply about their city and county.”