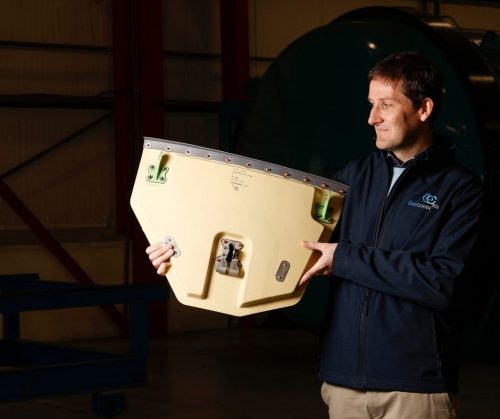 Connemara based company ÉireComposites will be creating 40 new jobs in the Galway Gaeltact thanks to a major new contract.

ÉireComposites will be creating the new jobs at their facility in Indreabhán over the next three years, adding to the already sixty strong workforce.

This expansion comes on the back of a multi-million euro contract with aerostructures manufacturer Spirit AeroSystems, to provide structural components for business jets and commercial airliners.

ÉireComposites CEO Tom Flanagan said that this jobs announcement is a “hugely significant” sign of the expansion of their partnership with AeroSystems.

“Not only as a sign of confidence of the work of Irish suppliers post-Brexit but the massive role our company will play in the future of air travel.”

“I am proud of the work we do here as we are unique to the area along the Wild Atlantic Way with a very loyal and skilled workforce, and without whom today’s announcement and ÉireComposites’ bright future would not be possible.”

The scope of the contract includes manufacturing and testing services for a number of aircraft.

This isn’t the only big project being undertaken by the Connemara company, as they also have a contract with the European Space Agency.

Their work on this will involve designing and producing stray light baffles, which will form part of the ESA’s ALTIUS satellite.

Tom Flanagan also thanked Údarás na Gaeltachta and Enterprise Ireland for the support they have shown for the company.

Údarás chairperson Anna Ní Ghallachair congratulated ÉireComposites on their success to date, and said that it has been encouraging to see companies prosper in the Gaeltacht.

“ÉireComposites’ progress to date is a vote of confidence in the people of this Connemara Gaeltacht.”

“It is also very encouraging to see two companies work together to overcome logistical and administrative challenges.”

Údarás CEO Mícheál Ó hÉanaigh said that this is one of “many successful client companies” they support, which shows that innovation and creativity is not confined to the cities.