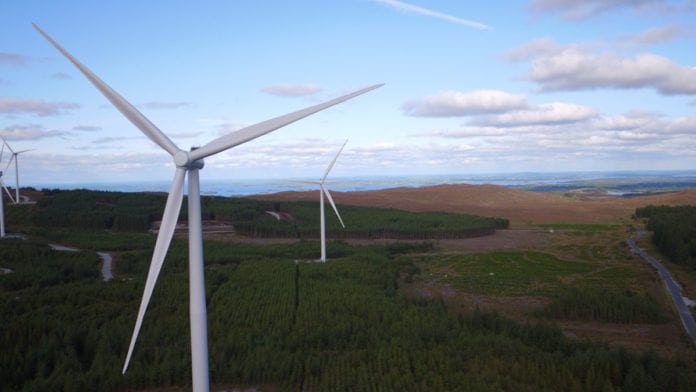 Coillte, the state agency with responsibility for Forestry, is selling its share of Galway Wind Park in Cloosh Valley, Connemara.

Coillte owns a 50% stake in the Galway Wind Park which it co-developed with SSE Airtricity at a cost of €280m euro.

The state owned agency’s Land Solutions division promotes the development of renewable energy projects on land that it owns.

They predict that in the current market the sales could generate a combined value of €125m.

Chief Executive of Coillte Fergal Leamy says that the sale proves that investing in renewable energies not only delivers clean power, but create a profit for the state.

“The fact that we realised assets with an equity investment of €25 million that may trade for for a value greater than €125 million illustrates the potential value we can create from every hectare of land we own to ultimately deliver enhanced value for our shareholder, the state.”

Additionally, Galway Wind Park is built on land owned by Coillte, and its lease will continue to generate revenue for the state agency for the length of the wind farm’s operational life.

The 169MW wind park in Connemara began construction in December 2014 and started generating commercial energy in October of last year.

Coillte says that it plans to reinvest the profit from these sales back into developing new renewable energy project and forestry activities.