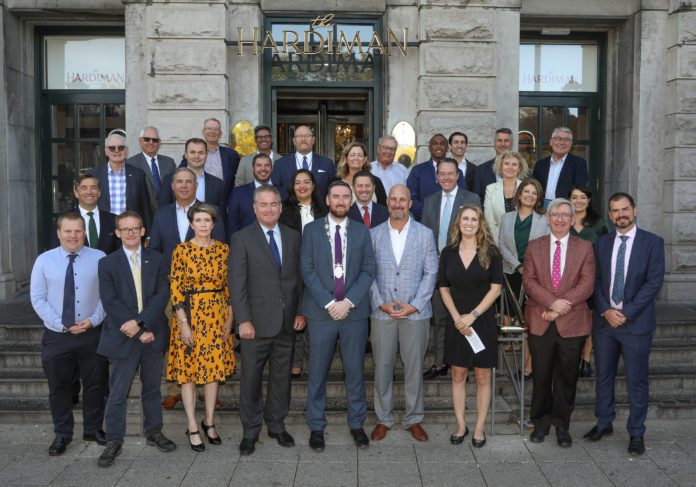 Galway City Council recently played host to a delegation of Californian Industrialists and elected Assembly members, showcasing the business opportunities in the city.

The visit last week was part of high profile visit to Ireland by the Californian delegation, and coincided with Galway International Arts Festival.

The group was welcomed by the Deputy Mayor of Galway City, Cllr Mike Cubbard, who spoke about Galway’s role in driving the development of the Atlantic Economic Corridor.

Cllr Cubbard welcomed the group to Galway, and invited them to stay a while, and enjoy the city, and most importantly, to return again.

The delegation also heard from Brian Barrett, Director of Services, Gary McMahon, Arts Officer, and Ruairi Lehmann, Tourism Officer, all with the city council, who touted the many advantages of Galway.

Prof Ciarán Ó hÓgartaigh, President of NUI Galway, also spoke about the close relationship of the United States and Ireland, with the group having visited the University the previous evening.

Speaking about the event, Brian Barrett said, “Galway City Council welcomes the delegation from California, and the opportunity to reignite the traditional strong Irish-American relationship.”

“This meeting was an opportunity to showcase Galway, as a diverse city of enterprise and learning with a rich cultural heritage, immersed in a stunning natural environment.”

“We look forward to welcoming more such delegations to our city in future, and supporting further direct investment by our visitors in Galway City”.