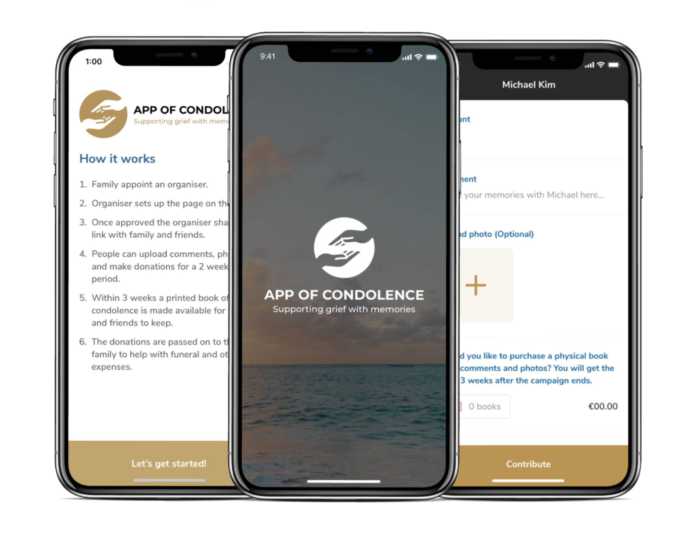 Funerals and celebrating the lives of people we have lost are very social activities in Ireland that have a way of bringing people together, and a new service App of Condolence, is making it possible for people to connect and share stories anywhere in the world.

App of Condolence launched in early October to provide friends and families a place where they can share condolences, anecdotes, and pictures of people who have passed, as well as providing a platform for people to make donations to the family.

This app, available on all mobile devices, allows a family to create a listing for a recently deceased person that provides all the details of when and where their funeral will take place, but also offers a forum for people to share comments and photos, and make donations to help cover funeral costs. 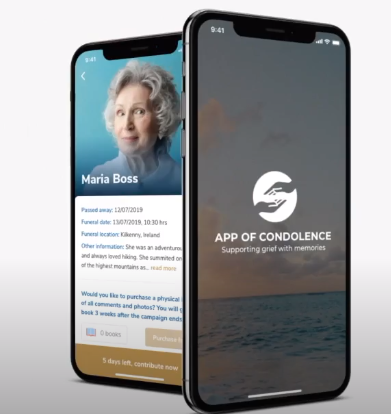 Once the listing is created, the family receives a link to the page, which they can share with friends and other family members wherever they are via email, WhatsApp, or text.

Though the App takes its name from a book of condolences, in fact it is much more. Rather than just just quickly writing out a line or two of condolence or love on the way out of the church, people can take their time to share photos and stories. It is, in essence, a gathering of memories that creates a picture of a person’s life.

But though it brings these services together into the smartphone era, App of Condolence also ensures that people are left with an indelible physical reminder in the form of a printed book says creator Graeme Burke, which is included in the €50 fee to set up the page.

“After two weeks we take all those comments and photos, and make a book,” Graeme says, something more than just a collection of people telling you how sorry they are for your loss. He describes it as being like, “a wedding album, for a funeral. It turns it into a celebration of that person’s life.” 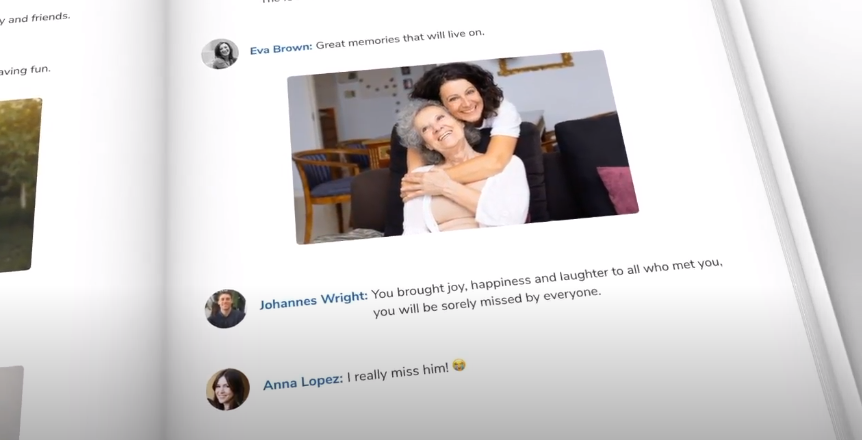 The family will receive a copy of the book as part and parcel of the service, but App of Condolence also offers the option for other members of the family to get a copy printed for €49 extra.

“Let’s say you have family in Australia, or you have, like I do, a very big family, they can in turn buy a copy and keep it for themselves.”

In today’s age it’s far from uncommon for families to be spread out across multiple countries, or even continents. Even before international travel became subject to a hodgepodge of restrictions this year, finding a flight back to Ireland from Australia or the United States on short notice was not an easy or cheap endeavour.

“A flight home is a very expensive thing, but somebody might say, well I want to be a part of it, so I want to leave a photograph up or a comment up, and give €50 and I know that’ll go to the family.”

That international element to family life is evident in the wide array of places this Irish made app has been downloaded so far. So far there have been hundreds of downloads of the app, including outside of the country in the UK, Australia, the United States, France, and Germany.

Though the app might seem very timely for the COVID-19 era, with restrictions in place on the number who can attend funerals, if they can even travel to get there, it has actually been in development for the better part of 14 months.

Though building a smoothly functional app typically takes a lot longer than people who aren’t familiar with web development might think, there was a reason Graeme took so long with App of Condolence.

Before launching in October there were multiple test versions of the app which were distributed to people of all ages to ensure that it was easy to use, and always mindful of the circumstances it is meant for.

“My whole focus in this has been the fact that you’re dealing with people’s emotions at very sensitive times. So if it isn’t right, you’re just disrespecting them”. 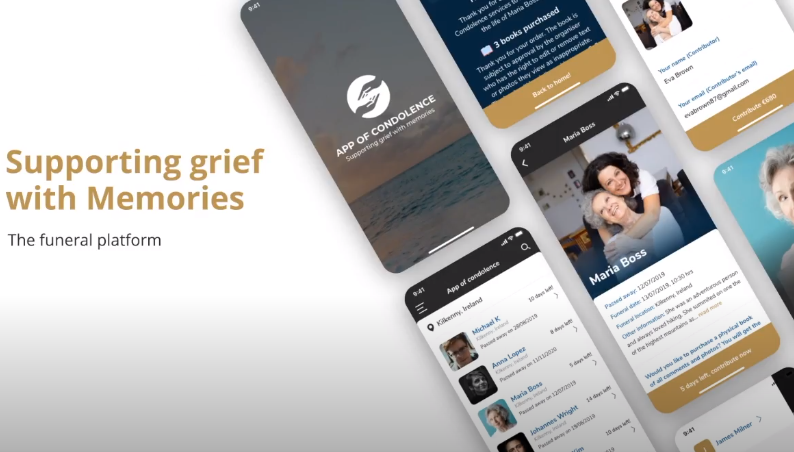 While anyone can view what others have said, in order to be able to post a comment or share a photo themselves, a contributor must make a donation, which can be anywhere between €5 and €700.

After three weeks that money is sent to the family to affray funeral costs, donations to charity, or other usages. The setup ensures that families aren’t put in the position of asking for donations, and the amounts given by contributors are kept anonymous as well.

“The average cost of a funeral in Ireland is €5,500, we hope our service can help friends and families to help out during this very difficult time” Graeme says.

“We’re bringing all of these services into a kind of smartphone environment. We’re still very conscious that this is a very sensitive subject, but a lot of people like to do these things from home, and our app gives you the opportunity to do that.”

5 Ways to Help Your Team Adapt to New Technology

How do different trading apps differ from each other?