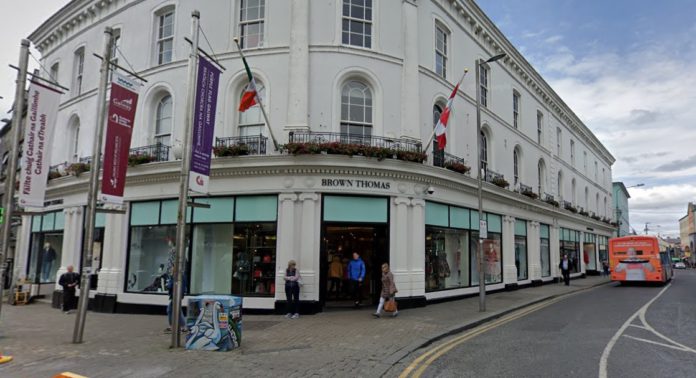 The owner of Brown Thomas and Arnotts department stores in Ireland is going up for sale with a price tag of €4.7 billion.

The Irish Times reports that Canada’s Weston family intend to auction off Selfridges, the parent company of the two high end department stores in Ireland.

The Westons have owned Selfridges since 2003, when it was purchased for £603 million by then family patriarch Galen Weston.

The sale includes the branches of Brown Thomas in Ireland, including the Galway City branch, perhaps best known to Galway residents by getting the earliest jump imaginable on seasonal decorations.

Also in the Selfridges portfolio that will be sold in the auction being handled by Credit Suisse is the Arnotts store on Henry Street, Dublin, as well as four Selfridges stores in the UK and De Bijenkorf in the Netherlands.