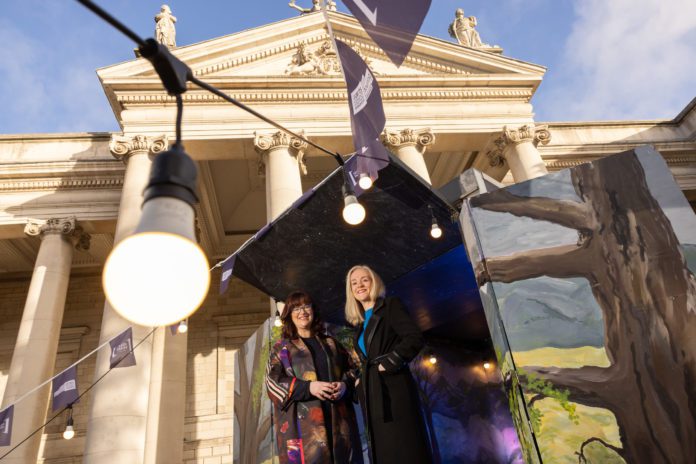 Ceannairc Beag Bideach – Tiny Mutiny is among 27 community projects to be awarded grants by the Begin Together Arts Fund.

The artist collective brings together two ensembles of children to create a vision for a child-centred cultural space in Galway.

The awardees were announced by Bank of Ireland in partnership with Business to Arts this week, with €300,000 being awarded for projects taking place between October 2022 and December 2023.

Recipients will receive up to €15,000 to support the creation of new works in music, theatre, dance, traditional arts, and the visual arts.

Since 2020, the all-island Begin Together Arts Fund has allocated €1 million in arts funding to support artists and arts projects in communities across the island of Ireland.

For this round of the fund, the projects supported aimed to inspire and uplift their local communities.

Laura Lynch, Group Chief Marketing Officer, Bank of Ireland, said they are delighted to support such a broad range of artists and local arts organisations across the island of Ireland through the fund.

“The arts and community projects like these each play a role in enhancing lives and connecting people, and so represent an important part of Bank of Ireland’s support for communities across Ireland through our Begin Together initiative.”

Louise O’Reilly, Chief Executive, Business to Arts, said that Bank of Ireland is demonstrating an authentic engagement with their local communities through the Begin Together Arts Fund.

“The response of the arts community itself has been overwhelmingly positive, knowing that a national institution has their back during difficult times,” she said.