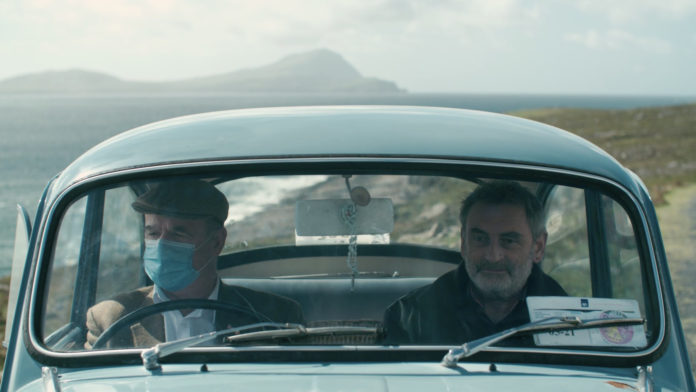 TG4 has received five nominations across a range of categories in the RTS Ireland Television Awards announced today.

The awards will showcase and give recognition to the Irish TV industry for achievements during the past year.

The winners in nine categories will be announced on Virgin Media One on Tuesday, March 30 at 11pm and will be presented by Muireann O’Connell.

Is Olc an Ghaoth, a short poignant film a curious tale of two bachelor brothers from Achill Island living and dying under the shadow of the Coronavirus, received a nomination in the Drama category.

The documentary Toraigh: Creag Bheag i Lár na Farraige is also nominated in the awards, in the Factual Single. The documentary tells the story of Tory Island in Donegal, where the local community feels isolated and vulnerable, and very distant from the decision-makers in Dublin who struggle to preserve the island’s unique way of life.

Kieran Donaghy’s Laochra Gael has been nominated in the Sport category. In his career, Kieran won four All Ireland medals, three All Stars and Footballer of the Year.

Cogadh ar Mhná, which presents for the first time the witness testimony of women who were victims of sexual violence during the Irish Revolution, has been nominated in the Specialist Factual category.

It shows the sexual violence that was perpetrated by all sides and highlights the repeated silencing of women and their stories in Irish history.

The heart-warming children’s film Sol about grief also received a nomination, in the Children’s Programme category.

Another 27 nominees were announced today in nine categories from the 126 entries received, including RTÉ’s Normal People, Virgin Media Television’s News coverage – COVID News Special – Opening Up The Country, and Sky Sports Coverage of the GAA Championships. Dara Ó Briain will be presented with a special award for Outstanding Contribution to the Irish Television Industry.

The RTS Ireland Television Awards committee recruited independent judges from across the industry at home and abroad, who spent the last few weeks reviewing and evaluating creative excellence and achievement in nine categories.