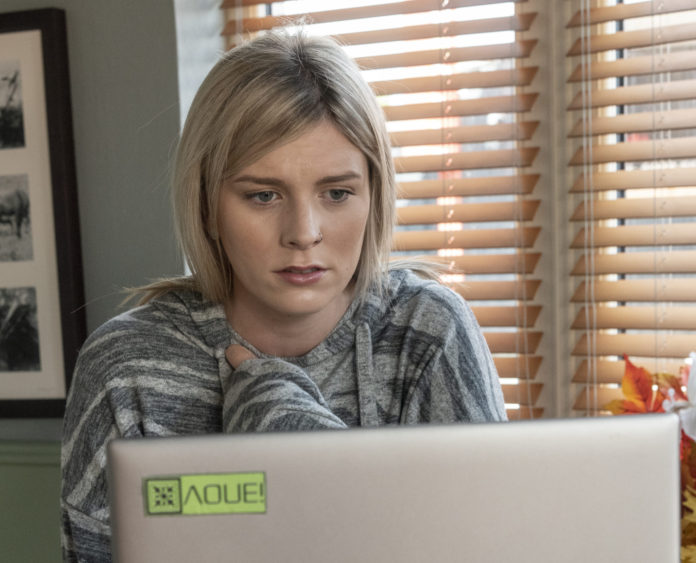 Suspicions abound on all sides and Caoilfhionn plans a heist in the name of justice in Ros na Rún.

Caoilfhionn has set herself the task of obtaining the tape showing Briain assaulting
Sorcha, but how will she slip it out from under Tony’s watchful eye.

Noreen is shocked by Dee’s suicide attempt but soon suspects that all is not what
it seems, while Dee has some realisations of her own to make.

Colm suspects that Alex may be here to rekindle her romance with him, and fears that this may lead to Charlie and the baby’s departure.

Rónán is happy to finally have gained Bobbi Lee’s approval. But when fifty euro
goes missing from the till he wonders if she’s testing.

Paranoid and pressured, he announced that he’s leaving, much to the shock of Bobbi Lee.

Briain’s initial relief at Berni’s allegations going no further is cut short when his other sins bite him in the ass.

All of this and more from this week’s episodes of Ros na Rún, on screen in a double feature omnibus on TG4 at 7:30pm on Sunday.