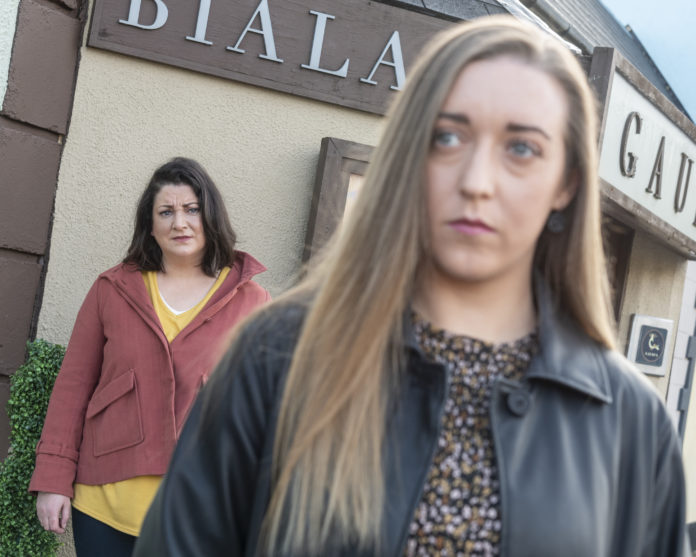 Lingering heartbreak in Ros na Rún as Mo and Colm struggle with their loss, and Fia also contemplates whether to leave behind her son.

Mo and Colm struggle with an unbearable loss as they say goodbye to their tiny baby.

Tadhg wanting to help Mo in any way he can, sends flowers and food to her house. But when Colm discovers who sent them, he insists Bobbi Lee take everything back. Will Tadhg ever be forgiven?

Fia is due to leave for London, and wants to spend as much time as possible with her son before doing so. But the question is whether she will be leaving alone.

Vanessa is concerned that Fia means to take Liam Óg to London without Niall’s consent, and contemplates warning him.

O’Shea and Caoilfhionn have a shot at reconciliation when John Joe invites her round to celebrate the news that O’Shea is getting rewarded for her long service in the Gardaí.

Malachaí believes Sadie and Sorcha may have been entitled to some provision when her father died. He vows to look into it further when he crosses with Cóilí Jackie.

Catch up on all of this and more in a double feature omnibus of this week’s Ros na Rún tonight on TG4 at 7:30pm.