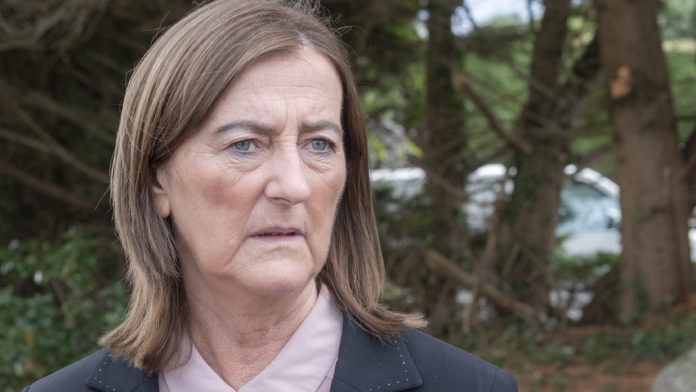 The pressure is on O’Shea after Caoilfhionn posts the cctv footage of Sorcha’s assault, and Berni fears Briain will get away with it all in Ros na Rún.

The leaked CCTV footage of Briain attacking Sorcha is putting pressure on O’Shea, who wants to know who did it.

Caoilfhionn, feeling guilty that she’s put O’Shea’s job in peril, wants to confess to her, but who does she tell?

For her part Sorcha is worried that the leaked footage will endanger her court case, but is glad the village has her back.

Berni is far less pleased that people aren’t treating Briain differently, despite the fact that he raped her, and fears that he will get away with everything.

Mack is raging that Dee tried to destroy his chance of a relationship with Sonia and tried to put the pieces back together.

Vince is feeling all alone, now that Caitríona has made it clear that they are no longer  a couple. But much to his surprise he finds himself enjoying the company of another.  Who could this be?

Catch all of this and more from the latest two episodes of Ros na Rún in a double feature on TG4 at 7:30pm on Sunday.