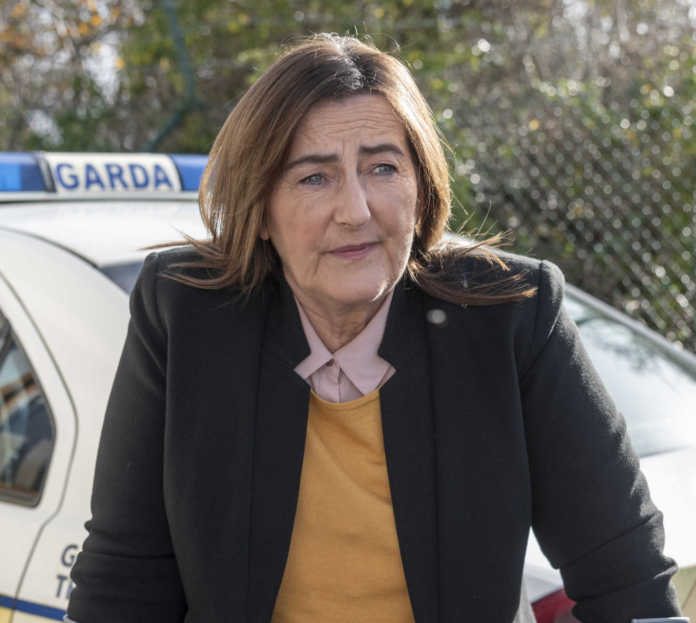 Superintendent O’Shea has cleared Tadhg of any suspicion of Frances murder. The burning question remains in Ros na Rún of who is the real murderer?

Loyal fans of the TG4 drama series are in for a shock on Thursday night at 8:30pm as the identity of the murderer is revealed to viewers.

O’Shea continues to investigate and Caitriona is still being questioned. And what about Malachaí, and why didn’t his son Rory go to Frances burial?

Briain has lots to be acting suspicious about, and will the missing security camera footage finally come to the fore?

Who murdered Frances? Who’s got blood on their hands? In the village of secrets, Ros na Rún,  who’s holding this rún?

Tadhg should be relieved, but viewers see him struggling with the most menial of tasks. Surely being cleared of any suspicion of his ex-wife’s murder will bring him relief. But it appears not.

Mo is doing her level best to support Tadhg and his teenage daughter, Áine, much to the dismay of Colm, who’s very worried about the pressure she’s bringing on herself.

The village struggles to figure out who in Ros na Rún is responsible?

For loyal viewers  of Ros na Rún Thursday night’s episode will leave the audience without any questions as to who the murderer is.

But it will be some time yet before Tadhg finds out who the culprit is. The village continues on with daily life with many more cliff handing dramas unfolding in this the milestone 25th season of Ireland’s only rural and Irish Language based TV drama series.

Who can it be? Caitriona, Malachaí, Rory, Briain? Or maybe Máire lost it in the kitchen. Tune in this evening to discover the Ros na Rún murderer on TG4.

Ros na Rún is broadcast twice weekly on TG4, on Tuesday and Thursday nights at 8.30pm with an omnibus episode on Sunday evening at 7.30pm. Ros na Rún is also available on both TG4 and RTE Players.