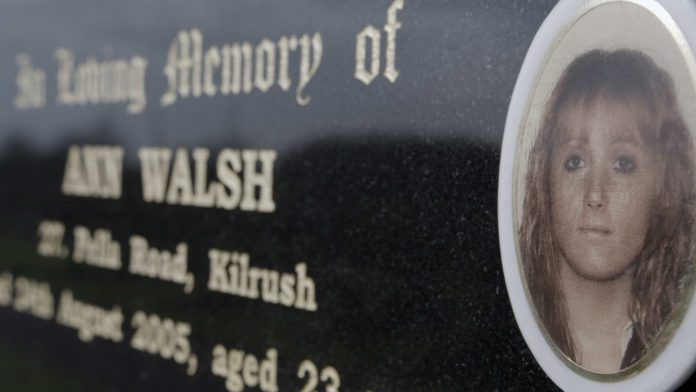 The murder of 23-year-old woman Ann Walsh in August 2005 will be the focus of the fourth and final episode of Marú Inár Measc on TG4 next Wednesday, 8 June.

The true-crime documentary series shines a light on the effect fatal crimes have on society, local communities and on the victim’s families as they are left without answers.

Ann was strangled by her former boyfriend, Raymond Donovan in the grounds of the local church in Kilrush, Co. Clare.

Shortly after 1am in the morning on 24 August, the Walsh family woke to the devastating news that their beloved daughter and sister had been murdered. Gardaí arrested the man who committed the crime at the scene.

Despite confessing to killing Ann, Raymond Donovan remained defiant when Gardaí charged him with her murder, however he was found guilty after a short period of time and sentenced to life.

Although Donovan was convicted of Ann’s murder, he remains one step closer to his eventual release and has been out to visit his family on day release several times.

After spending 17 years in prison, he will soon to be eligible for parole and his possible release could see him back on the streets of Kilrush where Ann’s family live.

This documentary includes deeply personal interviews with Ann’s family members as they recall the night she was murdered and how this tragedy has changed them profoundly.