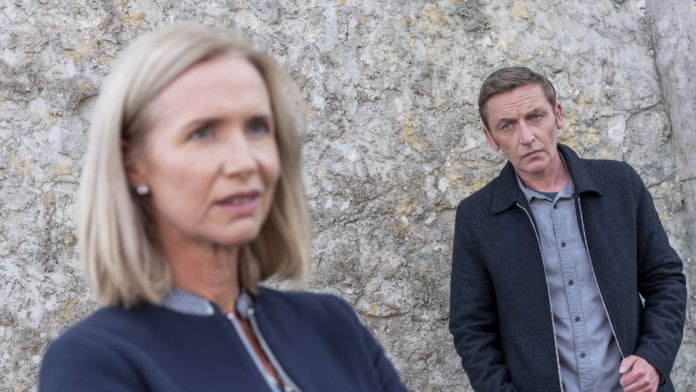 Death, deceit, and betrayal bring Ros na Rún to the attention of the Gardaí this week as some characters lives are torn apart, and others move headlong towards dangerous collisions.

A devastated Áine and Tadhg arrive home from the hospital. Áine is struggling to cope with the loss of her mother and questions why her body has not been released from the morgue.

Tadhg, wanting to protect his daughter, does not want to tell Áine that Frances death is being investigated, a decision he may come to regret.

Sick with worry about Dee and Bláithín, Mack wants to contact the Gardaí, but decides against it after Noreen convinces.

But once he realises her main concern is Dee’s reputation, Mack decides to take things into his own hands.

Colm also wants to go to the Gardaí as he rebels against the prospect of being Caitríona’s scapegoat.

She manages to talk him out of it, citing how awful it will be for Maeve, but Colm puts one condition on his silence.

Niall, no thanks to Coilí Jackie, discovers what was said in court about Bobbi Lee and Andy, leaving him shocked and saddened that Bobbi Lee didn’t tell him herself.

Catch all of this and more in Ros na Rún this Tuesday at 8:30pm on TG4, with more to follow on Thursday evening.

Tadhg blows up at Malachi at Frances' wake, Caitríona can't seem to get away from her worst impulses, and Bobbi Lee makes some bold...
Read more
TELEVISION

Ros na Rún returns to our screens for its Silver Jubilee

TG4's Ros na Rún is returning to our screens this week, celebrating its Silver Jubilee with a major milestone of 25 seasons on the...
Read more
Facebook
Twitter
Pinterest
WhatsApp