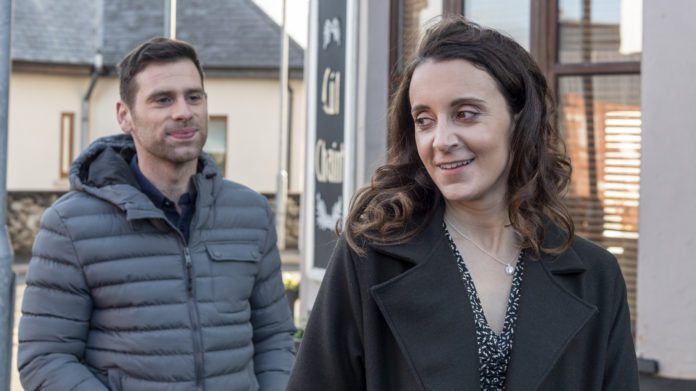 Briain tries to charm information out of Nuala, Tadhg looks into Sonny’s finances, and Vince wonders if he could be more than friends with Vanessa in Ros na Rún.

In another slimy move, Briain arranges a date with Nuala, but all he really cares about is trying to plumb her for information about Berni’s pregnancy.

Tadhg is delighted to hear that Sonny is in dire straits, but soon tries to rope Colm into making some enquiries about Sonny’s investments and financial affairs.

Mack, seeing how well Vince and Vanessa get on, reckons there they could be more than friends.

Vince rubbishes such a notion, before pondering if indeed there could be some truth to what Mack has said.

Caitríona, taking matters into her own hands, informs Vanessa she is no longer needed to help out in the shop. But will Caitríona regret doing this.