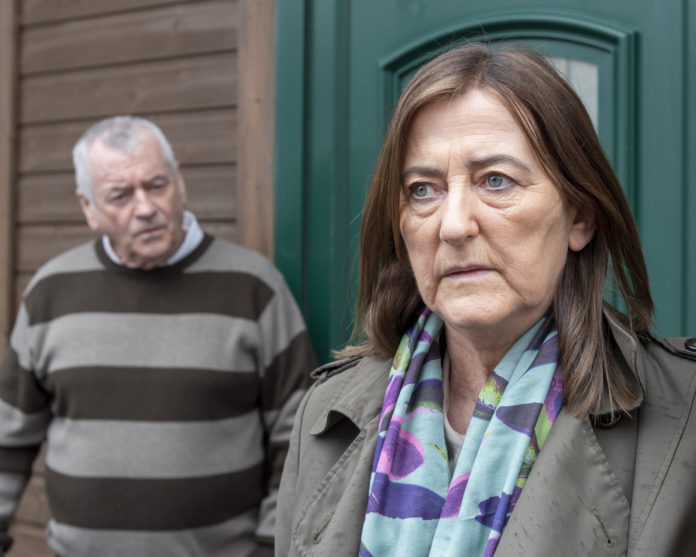 Mother and daughter on the outs after Caoilfhionn gives O’Shea a black eye, Colm and Mo struggle to grieve, and Vince tries to reconcile with Caitríona in Ros na Rún.

O’Shea tries to conceal the black eye Caoilfhionn gave her from John Joe, despite her own anger. When he sees it she lies about what happened, but will he buy it?

For her own part, Caoilfhionn is filled with guilt for slapping her mother, but she just keeps digging the pit deeper. What else has she done?

Áine is furious with Tadhg, blaming him for Colma’s death. A conversation with Mo sets her right and she realises that he is suffering as well.

Mo is isolating herself, struggling to deal with Colma’s loss, until she gets a welcome phone call from Gráinne. Will this give her and Colm a chance to properly grieve together?

Vince on hearing what Caitríona did to Rory, feels he’s to blame. He apologises to Caitríona again for sleeping with Emma. But his efforts at reconciliation hit a roadblock when she sees him coming to Emma’s aid.

Catch all of the developments in Ros na Rún this week in a double feature omnibus on Sunday, June 20 at 7:30pm on TG4.