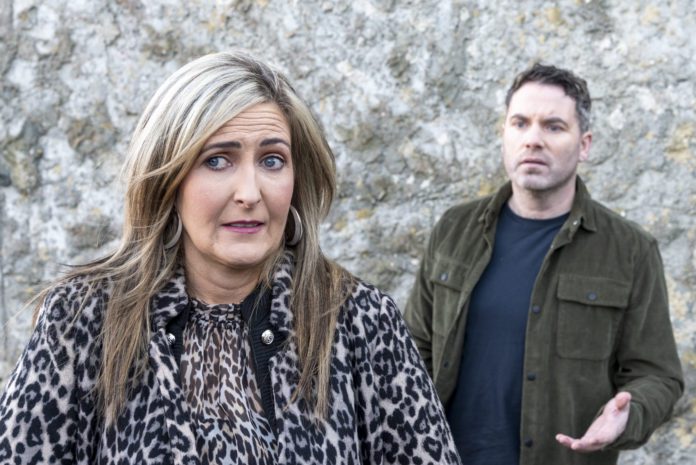 Berni’s hopes are dashed, Bobbi Lee’s in a pickle over an interview, and Sonny gets an unwelcome call from his foreman in Ros na Rún.

Bobbi Lee has to interview Niall about his book on the radio later, but Bobbi Lee being Bobbi Lee, hasn’t read it.

Greg offers to give her a few details to try and fake it, but will this be enough to impress Niall, or will she flame out on air?

Berni is hopeful Briain has moved on, but all hope is dashed when she discovers  who his new girlfriend is. Who could this be?

For his part, Rory is starting to think that Briain might not be all that he is trying to portray, but what reveals this darker side?

Vanessa has no interest in going to Bobbi Lee and Niall’s wedding, but by the end of the day, something makes her change her tune.

Caitríona is under pressure to find a date for the wedding, but will she manage to secure company before day’s end?

Meanwhile, Sonny is hopeful that it will be all systems go up at the site but a call from the foreman suggests otherwise.

Catch up on the latest love and loathing in Ros na Rún in a double feature omnibus on TG4 this Sunday.